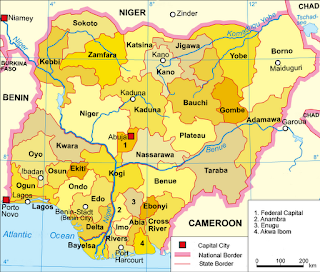 Nigeria’s fuel regulator, the Petroleum Products Pricing Regulatory Agency (PPPRA), has suspended Nimex Petroleum for failing to provide documents for shipments. The suspension could be seen as the government stepping up its efforts to crack down on subsidy graft.
Nimex Petroleum confirmed PPPRA had suspended its activities in Nigeria in a letter dated May 3 over missing documentation relating to the delivery of two shipments of around 10,000-12,000 tons of gasoline, a Reuters report said. At current spot market prices, the subsidy payment due for the shipments in question is worth around $10 million.

Nimex, a Swiss firm, said copies of documents had been sent to the PPPRA rather than originals as requested because the Nigerian banking system was holding the original papers as credit until the subsidy payment was received.

"The originals are in the banking channel," Nimex's general manager Oliver Hess told Reuters, adding the bank would hold the documents until the regulator had paid out the sum due for the shipments. But the bank would not release the original documents until the regulator had paid the subsidy, Hess said, creating a situation in which the oil firm was going around in circles to obtain the missing documentation requested.
Posted by Crude Oil Daily at 2:52 PM