The real cost of piracy 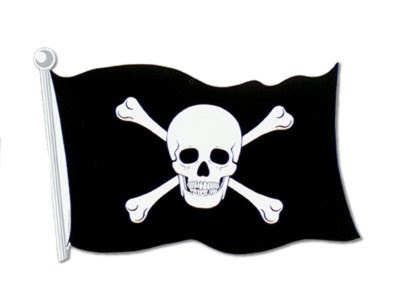 Oceans Beyond Piracy has raised concerns about the cost of Somali Piracy to the world economy.

In a report, the organisation said about 80% of all costs are borne by the shipping industry, while governments account for 20% of the expenditures associated with countering piracy attacks. It estimated that the 2011 economic cost of piracy was between $6.6 bill and $6.9 bill.

“The report assesses nine different direct cost factors specifically focused on the economic impact of Somali piracy,” explained Anna Bowden, the report’s author, “Over the past year we have had substantial co-operation from maritime stakeholders which has helped to ensure the figures are as reliable as possible.”

The breakdown of the most notable costs includes $2.7 bill in fuel costs associated with increased speeds of vessels transiting through high risk areas, $1.3 bill for military operations and $1.1 bill for security equipment and armed guards.

In addition, $635 mill is attributed to insurance, $486 mill to $680 mill is spent on re-routing vessels along the western coast of India, and $195 mill is the estimated cost for increased labour expenses and danger pay for seafarers.

The vast majority (99%) of the billions spent are attached to recurring costs associated with the protection of vessels – costs which must be repeated each year. This figure is in sharp contrast to the $38 mill spent for prosecution, imprisonment and building regional and Somali capacity to fight piracy.

Average ransoms increased 25% from approximately $4 mill in 2010 to $5 mill in 2011. Although the total cost for ransoms was $160 mill for 2011, money collected by pirates represents a mere 2% of the total economic cost.

While ransoms provide the incentive for Somali pirates to attack vessels and hold hostages, they represent a disproportionally small cost compared to the nearly $7 bill spent to thwart these attacks.

“The human cost of piracy cannot be defined in economic terms,” Bowden added. “We do note with great concern that there were a significant number of piracy-related deaths, hostages taken, and seafarers subject to traumatic armed attacks in 2011. This happened in spite of the success of armed guards and military action in the later part of the year.”

This report will be used to raise important issues for the Oceans Beyond Piracy Working Group, which is expected to release recommendations for a better co-ordinated and longer-looking strategy against piracy in July 2012.

In another incident, robbers boarded an anchored chemical tanker at night in the Batam outer anchorage, Indonesia. They stole ship stores and escaped unnoticed. Reported via IMB 1st February.
Posted by Crude Oil Daily at 7:16 AM