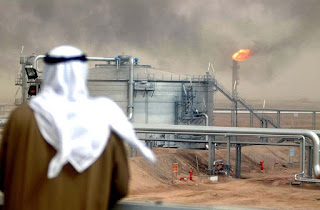 WASHINGTON (Reuters) - The United States should do more to encourage Saudi Arabia to boost its oil production to make up for lost Iranian oil, Senator Charles Schumer said on Sunday, urging renewed diplomacy as a way to ease the run-up in oil prices.

Tensions surrounding Iran's nuclear program have pushed oil prices to nine-month highs, and U.S. gasoline prices have surged, becoming a top political issue in the run-up to the 2012 presidential elections.

A public promise from Saudi Arabia, the world's top oil exporter, to pump oil at its full capacity would calm oil markets as well as gasoline prices, Schumer, the third-ranking Democrat in the Senate, said in a letter to Secretary of State Hillary Clinton.
In the letter, which was obtained by Reuters, Schumer asked Clinton to urge the Saudi government to increase production to full capacity of 12.5 million barrels per day - an increase of 2.5 million barrels.

That would compensate for a reduction in Iran's total exports of 2.2 million barrels per day. Oil sales from Iran, the third-largest oil exporter, face tough new sanctions as a result of the standoff over its nuclear development.

Gasoline prices in the United States are the highest on record for February. The American Automobile Association (AAA) said the national average price hit $3.65 per gallon on Friday, and analysts say average prices could rise well over $4 per gallon during the peak driving season in coming months.

"These skyrocketing fuel prices are directly linked to the global energy market, particularly Iran's recent efforts to manipulate oil prices and the worry of impacts on supply from an escalation of regional hostilities," Schumer said in the letter.

The United Nation's nuclear watchdog last week warned Iran has stepped up its efforts to enrich uranium. Iran has insisted it is developing nuclear power, not weapons.

The European Union will ban Iranian oil as of July 1, and other buyers will face new U.S. sanctions unless they cut back on purchases.

"These market shifts are now hitting Americans at the pump, reverberating throughout the rest of our economy, and threatening our recovery," Schumer said.

Saudi Arabia has privately reassured customers it will pump more oil, and sharply increased exports in the past week, although it was not clear whether the jump would be sustained.