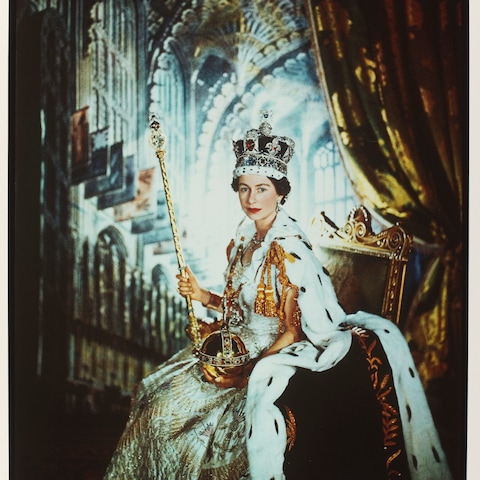 Now I must leave the treasures of the past and turn to the future. Famous have been the reigns of our queens. Some of the greatest periods in our history have unfolded under their sceptre. Now that we have the second Queen Elizabeth, also ascending the Throne in her twenty-sixth year, our thoughts are carried back nearly four hundred years to the magnificent figure who presided over and, in many ways, embodied and inspired the grandeur and genius of the Elizabethan age.

Queen Elizabeth II, like her predecessor, did not pass her childhood in any certain expectation of the Crown. But already we know her well, and we understand why her gifts, and those of her husband, the Duke of Edinburgh, have stirred the only part of the Commonwealth she has yet been able to visit. She has already been acclaimed as Queen of Canada.

We make our claim too, and others will come forward also, and tomorrow the proclamation of her sovereignty will command the loyalty of her native land and of all other parts of the British Commonwealth and Empire. I, whose youth was passed in the august, unchallenged and tranquil glories of the Victorian era, may well feel a thrill in invoking once more the prayer and the anthem, “God save the Queen!”