In 2017, unionized workers at the mine staged a 44-day strike, the longest in Chilean mining history. (Image: Sindicato 1 Union.)
https://www.mining.com/bhp-averts-strike-at-worlds-biggest-copper-mine/

Unionized workers at Escondida mine in northern Chile have accepted BHP’s (ASX, LON, NYSE: BHP) latest offer and will not move forward with a strike that was planned for November 28 and 30.

Workers at Sindicato 1, which represents more than 2,000 members, backed on Monday the agreement reached last week between union representatives and the Australian miner. 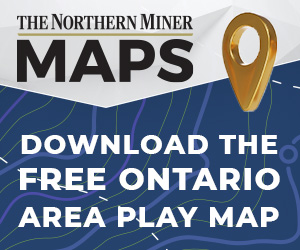 The deal, which was subject to vote, came after days of negotiations with union representatives, who had called for a strike on November 21 and 23 due to multiple “non-compliances, infractions and violations” allegedly committed by BHP.

“This proposal contains a series of concrete and verifiable measures to improve the hygiene and safety of workers,” the union said in a statement. “Especially an intense joint inspection program between the union and the company of all work areas.”

It noted the proposal also “set aside changes in operating practices the company was pursuing.”

With the deal, BHP has averted a strike at the world’s largest copper mine at a time of tight global supplies and high prices for the the orange metal, a key material needed for the world’s transition to a green economy.

The Escondida copper mine is responsible for about 5% of the world’s total copper output and Chile is the world’s top producer of the metal.

In 2017, unionized workers at the mine staged a 44-day strike, the longest in Chilean mining history. The labour action cost the company $740 million in losses and meant a contraction of about 1.3% of Chile’s GDP.

While Escondida is majority-owned and operated by BHP, Rio Tinto and a Japanese consortium that includes Mitsubishi Corp and JX Nippon Mining & Metals also holds stakes in the mine.