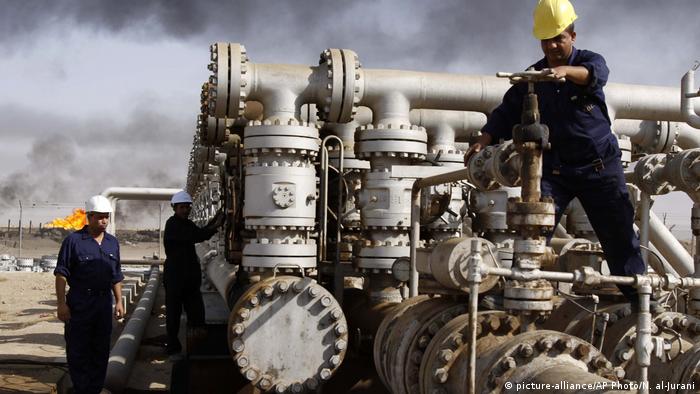 Iraq wants another U.S. company to replace Exxon as a shareholder in the West Qurna 1 field, one of the country’s largest after the supermajor leaves the country.

“Exxon Mobil is considering exiting Iraq for reasons that are to do with its internal management practices, decisions, and not because of the particular situation in Iraq,” Prime Minister Mustafa al-Kadhimi told media after a meeting with President Joe Biden, as quoted by Reuters.

Exxon, which holds a $32.7-percent interest in West Qurna 1, has been looking for a buyer with plans to exit the country entirely. The stake was valued last year at up to $500 million. At the time, reports said two Chinese companies were interested in acquiring it, state-owned CNPC and CNOOC.

The plans for the stake sale appear to have been prompted by the impact the pandemic had on Exxon’s finances as it sought to keep its dividend intact and reduce debt. Later reports said that Iraq could end up buying the West Qurna 1 stake itself.

There could be other reasons for Exxon leaving Iraq, too. As Gerald Jansen wrote for Oilprice earlier this month, these have to do with the souring relationship between the company and Baghdad after Exxon ventured into Kurdistan oil, and with the continued political and financial instability in Iraq. This, according to Jansen, may have compromised the profitability of whatever plans Exxon may have had for its Iraqi business earlier.

Just two years ago, Exxon was all set to take part in a $53-billion plan to boost Iraq’s oil production, but it seems the pandemic and the Iraqi situation changed many things, including this ambitious plan.

“When Exxon Mobil departs, we will not accept its replacement to be other than another American company,” Prime Minister Kadhimi told media this week, but an American company has yet to express interest in acquiring Exxon’s holdings in Iraq.