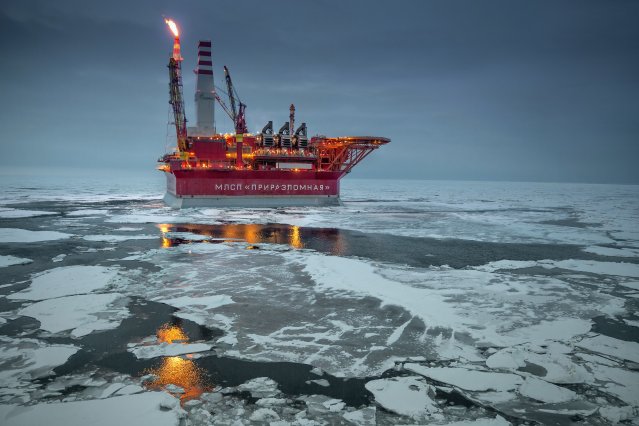 The Prirazlomnaya offshore ice-resistant oil-producing platform is seen in the Pechora Sea, Russia, on May 8, 2016. It is the world's first operational Arctic rig that processes oil drilling, production, storage, end product processing and loading. Getty Images


Golddman Sachs (GS) is the first big US bank to say it won't finance new oil projects in the Arctic.

On Sunday, the bank announced a raft of changes to its environmental policies, including a pledge not to finance drilling in the Arctic. The restrictions also rule out projects in Alaska's Arctic National Wildlife Refuge, which President Donald Trump has sought to open to development.
The funding freeze extends to new thermal coal mine and power plant development around the world, as well as projects that "significantly convert or degrade a natural habitat," Goldman Sachs said on its website.
The bank also announced a commitment to invest $750 billion over the next 10 years into areas that focus on climate transition and inclusive growth.
Goldman Sachs' move comes as activists and scientists decried the global climate agreement reached Sunday at a UN summit in Madrid, saying its watered-down language fails to deliver clear carbon-cutting commitments.
Goldman Sachs won praise from environmental groups.
The Rainforest Action Network said in a statement that Goldman's commitments are the "strongest fossil finance restrictions of any major US bank."
It still lags behind global competitors though, the environmental organization said.
According to The Sierra Club, more than a dozen of the world's largest banks have made similar commitments to stop drilling in the Arctic, including UniCredit (UNCFF), Royal Bank of Scotland (RBS) and Barclays (BCS).
The Arctic is warming at a rate of almost twice the global average, leading to rising sea levels, changes in climate and rainfall patterns and more severe weather events, according to the World Wildlife Fund. 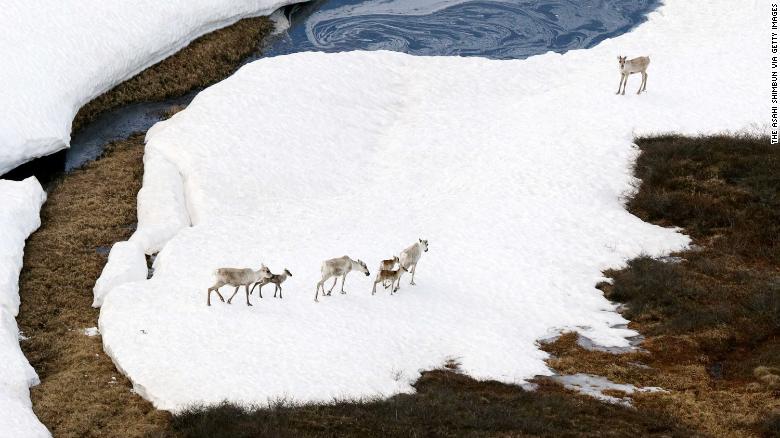 Caribous are seen at the Arctic National Wildlife Refuge in Alaska.
"Goldman Sachs is right to recognize that destroying the Arctic Refuge would be bad business. We hope other American banks will follow their lead," Ben Cushing of The Sierra Club said in a statement.
David Solomon, the CEO of Goldman Sachs, meanwhile called on governments to put a price on the cost of carbon in a Financial Times op-ed.
"There is not only an urgent need to act, but also a powerful business and investing case to do so," Solomon said.
The company said it will "phase out" financing of thermal coal mining companies that do not have plans to diversify away from coal.
In October, the Sierra Club and Rainforest Action Network were part of a wider coalition that urged Goldman Sachs, JPMorgan Chase (JPM) and other leading investment banks to withdraw financial support for the Saudi Aramco IPO.
According to the coalition, the state-owned oil company, which listed Goldman as a joint financial adviser on its public market debut, is "the world's largest corporate emitter of carbon dioxide."
Posted by Crude Oil Daily at 1:35 PM