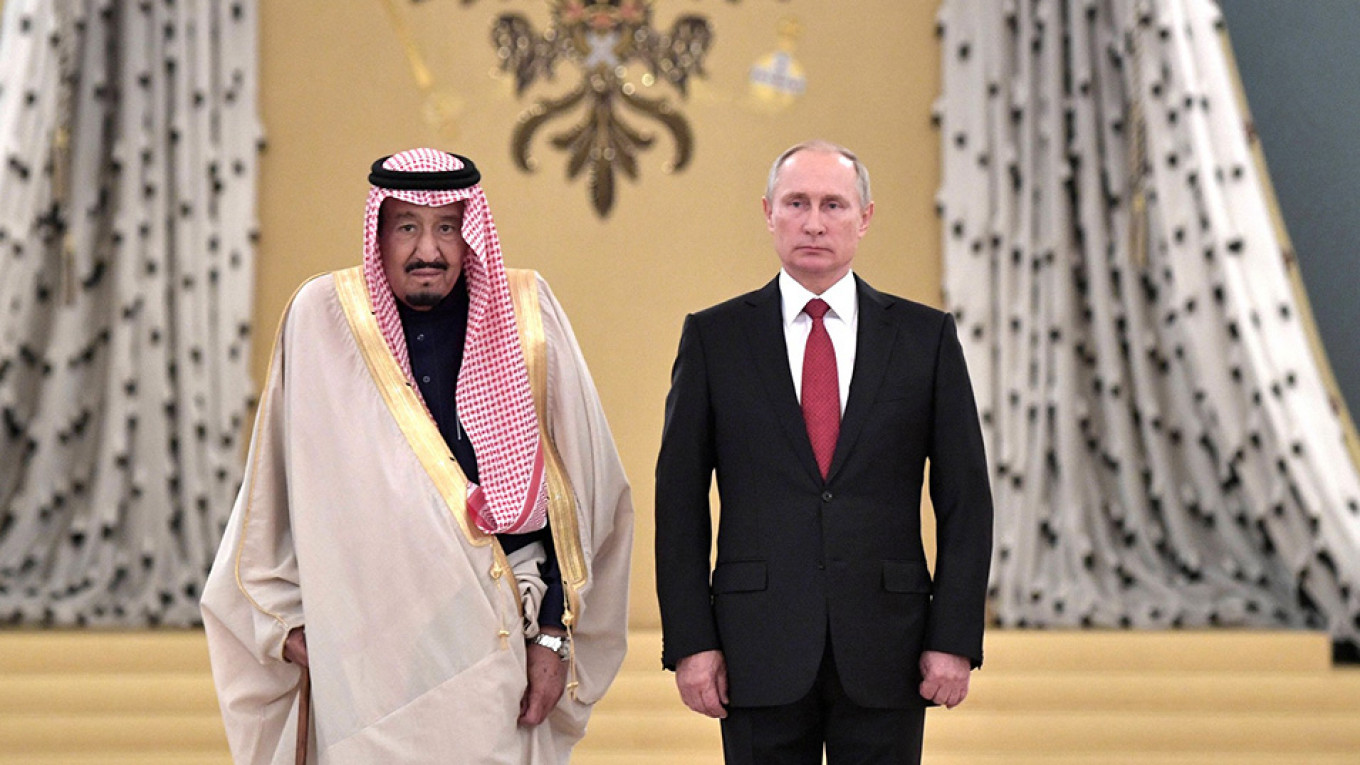 A year ago, in the enduring twilight of one of St. Petersburg’s famous “white nights” of summer, Saudi Arabia and Russia reached an agreement that set a new direction for the oil market.

This time around, President Vladimir Putin has emphasized the differences between the two architects of the OPEC+ deal. He reiterated the desire to continue cooperation, but noted that his country is happy with a lower oil price than its Saudi allies and declined to say whether he supports an extension of production cuts.

“We have certain differences in opinion regarding the fair price,” Putin told reporters on Thursday. “$60-65 a barrel suits us just fine” because Russia’s budget is based on $40 crude, he said.

While Saudi Energy Minister Khalid Al-Falih clearly wants to prolong the group’s curbs beyond their expiry at the end of this month, his Russian counterpart Alexander Novak remains at best non-committal. Right now, they can’t even persuade the rest of the group to agree on a date for the group’s usual mid-year meeting in Vienna.

Diverging interests and surging market volatility are making their decisions more difficult. Oil is torn between the bearish influence of U.S.-instigated trade wars and the bullish threat of supply disruptions from Iran to Venezuela. While Saudi Arabia needs higher prices and has enthusiastically reduced production, the benefits for Russia aren’t so clear and it was slower to make the cuts.

“I would expect a stronger message from Al-Falih” on extending the cuts, said Giovanni Staunovo, an oil analyst at UBS Group AG in Zurich. “Novak will keep all options open.”

Novak and Al-Falih are participating in the St. Petersburg International Economic Forum hosted by Putin. That will be the first face-to-face meeting between the two ministers since Jeddah in May, when the gap between their interests became visible.

Novak told reporters at the forum on Thursday that trade wars and sanctions are creating uncertainties that prevent strategic planning. Russian oil policy is driven by long-term concerns about investment, not short-term prices moves, he said.

The Russian president had no plans for bilateral talks with the Saudi delegation, his aide Yuri Ushakov told reporters on Tuesday. He didn’t rule out “a contact” with Al-Falih on the sidelines of the forum as there may be “unplanned meetings.” Commenting after Putin's traditional meeting with foreign investors on Thursday evening, his spokesman Dmitry Peskov said there had been no separate meeting or contact between the two.

Putin’s closest oil ally, Rosneft PJSC Chief Executive Officer Igor Sechin, has long been skeptical of the benefits of OPEC cooperation and renewed his criticism this week. Russia’s share of the global oil market is already under threat due to interruptions in exports to Europe after the Druzhba pipeline became contaminated with chemicals, Sechin said. If Russia continues to cap its oil output, rival U.S. producers will “fill the void and take up the market share,” he said.

Last month, Finance Minister Anton Siluanov said Russia will need to weigh all the pros and cons of extending the pact. The nation’s official statistics show the deal hurting the economy in the first quarter.

Still, Russian officials have also talked down the prospect of an agreement at previous meeting, only to eventually forge a deal with their allies. In an interview this week with the Saudi Press Agency, Al-Falih said he sees “an emerging consensus among OPEC+ countries” on cooperation in the second half of this year.

U.S. oil prices fell back into a bear market on Wednesday as fears of a global trade war overrode any concerns about supply disruption. Just minutes after Brent crude fell below $60 a barrel for the first time since January, OPEC’s top official said the group will take “economic bearishness” into account when they meet in the coming weeks, and are committed to keeping oil markets balanced this year and beyond.
“There has also been a significant change in market sentiment, in both equity and financial markets” that has worsened many institutions’ outlook for oil demand growth, OPEC Secretary-General Mohammad Barkindo said in remarks delivered via video link at a conference hosted by RBC Capital Markets in New York. “This will all play into our calculations in the upcoming ministerial meetings.”
Concerns about a slowing economy may bring the group together again in time for the meeting in Vienna, said Dmitry Marinchenko, senior director at Fitch Ratings.

“If OPEC+ shifts to production ramp-ups as the global economic growth is potentially slowing, this may bring the oil prices further down,” he said. “Nobody wants it, including Russia.”

Some industry executives appeared to share that view. Oil prices are at the lower end of the $60 to $70 range that’s comfortable for Russian producers, so “we hope that the efforts our ministers make will allow an increase in the price to the upper limit,” Lukoil PJSC CEO Vagit Alekperov told reporters in St. Petersburg.

BP Plc CEO Bob Dudley said he’s not worried about falling prices or the strength of demand, but added that signals are pointing to an extension of the OPEC+ production cuts.