Oil prices down more than 2% on U.S. inventories, demand worries 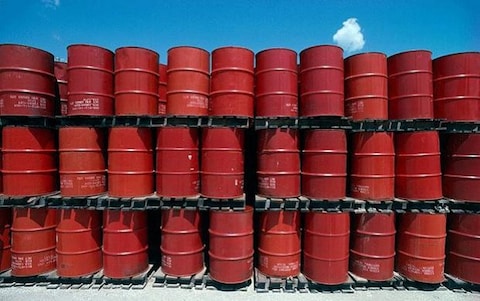 
NEW YORK (Reuters) - Oil prices fell more than 2% on Wednesday, pressured by an unexpected rise in U.S. crude inventories and by a weaker outlook for global oil demand.

“The report was mostly bearish, given the sizeable crude oil inventory build,” said John Kilduff, a partner at Again Capital LLC in New York. “It was also impressive that gasoline inventories rose, despite very strong demand on the week.”

The EIA on Tuesday cut its forecasts for 2019 world oil demand growth and U.S. crude production.

Trade tensions between the United States and China, the world’s two biggest oil consumers, also weighed on prices. U.S. President Donald Trump said he was holding up a trade deal with China.

European shares pulled back from three-week highs on Wednesday as this month’s recovery rally ran out of steam on the back of soft Chinese factory activity and trade frictions.

Hedge fund managers are liquidating bullish oil positions at the fastest rate since the fourth quarter of 2018.

With the next meeting of the Organization of the Petroleum Exporting Countries set for the end of June, the market is looking to whether the world’s major oil producers will prolong their supply cuts.

OPEC countries and non-member producers including Russia, have limited their oil output by 1.2 million barrels per day this year to prop up prices.

Goldman Sachs said an uncertain macroeconomic outlook and volatile oil production from Iran and others could lead OPEC to roll over supply cuts.

“The sell off in recent weeks shows how vulnerable the market is and it may force Russia’s hand in extending the deal,” said Warren Patterson, head of commodities strategy at ING.

The energy minister of the United Arab Emirates, Suhail bin Mohammed al-Mazroui, said on Tuesday that OPEC members were close to reaching an agreement on continuing production cuts.

OPEC is due to meet on June 25 after talks with its allies led by Russia on June 26, although sources have told Reuters that Russia has suggested a date change to July 3 to 4.