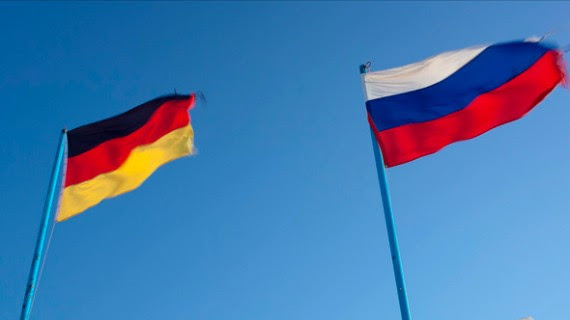 Russian producers have aggressively stepped up their crude oil sales into Germany this year, cementing their pole position with a nearly two-fifth share of import supplies, initial third-quarter data from the Federal Office for Economic Affairs and Export Control (BAFA) indicate.

The European Union's biggest consumer nation bought over January-September 68.03 million mt (close to 500 million bbl) of crude oil from more than 30 other countries, a marginal 0.5% less than a year ago, although the latest available refining data hints to a mild increase in refining activity over the first eight months.

With Russian field operators pumping at their highest rates ever, their deliveries to Germany rose 11.4% (2.71 million mt) year-on-year to 26.52 million mt, aided by equity stakes in several refineries.
Their share in the country's total import portfolio grew by 4.1 percentage points on-year to 39%, in defiance of E.U. sanctions -- triple the share of the second-largest supplier Norway.

Measured against Russia's overall oil liquids production in the first nine months, which the federation's energy ministry put at almost 408 million mt as of Oct. 1, sales into Germany made up 6.5%, a touch above the prior year's 6.1%.

Although British and Azeri crude oil continued to rank among the fifth-largest sources, deliveries were slightly lower. They eased from Britain by 1% to 7.66 million mt and from Azerbaijan by 3.3% to 4.06 million mt.

The main losers in Germany's purchasing portfolio reshuffle were Norway, Nigeria and North Africa.
Purchases from Norway dropped by a sharp 16% (1.61 million mt) to 8.35 million mt, squeezing its share to 12.3% from 14.6% a year before, even though the Norwegian Petroleum Directorate reported rising crude oil output over the first nine months.

Nigerian arrivals plummeted to 2.84 million mt from over 5.0 million mt in the prior year, after several unplanned disruptions dented Bonny Light, Forcados and Qua Iboe exports in the reporting period. As a result, Nigeria's share shrank to 4.2% from 7.3%.

The fragile nature of North African production meant that inflows from Egypt nearly halved to 1.27 million mt, from Libya slumped by 44% to 1.1 million mt and from Algeria plunged one-fifth to 2.12 million mt.

The average crude oil import price for delivery to the German border came in the first three quarters of the year to 271.52 euros/mt, down from 374.94 euros/mt a year ago, according to BAFA data. Buyers paid 301.34 euros/mt on average in September.