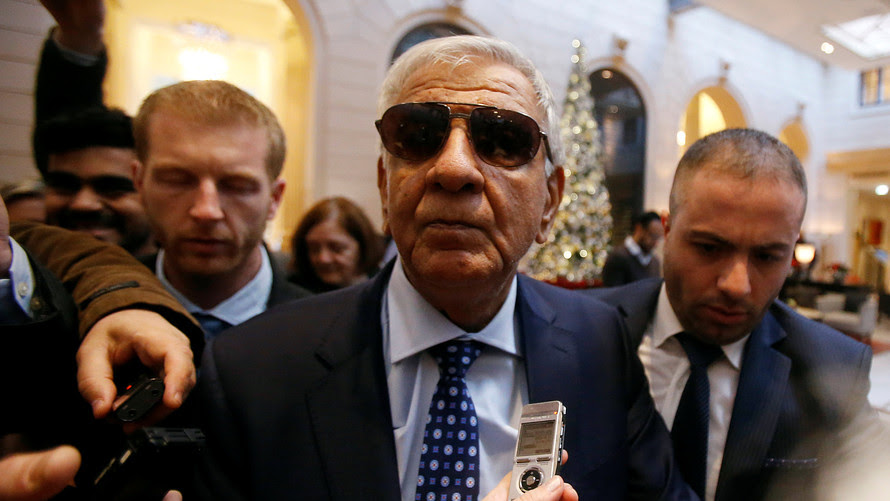 Crude-oil futures dropped Tuesday, with U.S. prices aiming for their lowest finish in two weeks, pressured by growing doubts that the world’s biggest oil producers will reach a deal to cut global output.

All eyes are on the Organization of the Petroleum Exporting Countries meeting on Wednesday in Vienna. Internal discord could derail producers’ plans to reach an agreement limiting output, which has outpaced demand for more than two years.

Read: OPEC oil meeting: 7 things you need to know
In September, OPEC agreed on targets that would have translated into production cuts of 200,000 to 700,000 barrels a day. Analysts say if the Wednesday meeting ends inconclusively, oil prices could fall as low as $35 a barrel.

The meeting is expected to begin at 10 a.m. Central European Time on Wednesday. OPEC’s secretary-general is scheduled to hold a news conference in the afternoon.

Oil prices edged up overnight after Iran and Iraq signaled they were willing to hold output steady. Both countries had previously said they wanted to increase output.

But a Tuesday Reuters report, citing OPEC sources, said a meeting of technical experts on Monday couldn’t resolve differences between Saudi Arabia and Iran and Iraq over the mechanics of implementing output reductions.

One of the key hurdles for the production accord is Russia, which isn’t a member of OPEC. Russia has indicated it is only interested in holding production at 11.2 million barrels a day. A freeze, it said, is essentially a reduction because it planned to increase output next year.

“Participation from non-OPEC producers, such as Russia and Kazakhstan, appears to have encountered roadblocks, with several planned discussions already cancelled,” said Fraser. “The net result is a fairly bearish picture for the oil market.”

OPEC will also struggle to nail down production quotas for member nations as several countries — such as Nigeria and Libya — have requested exemptions because their oil production and exports have been hurt by militant attacks. In addition, OPEC doesn’t have the authority to make members comply with their production assignments.

“A production cut talk is likely to see a deadlock, especially with intransigence from various OPEC members,” said Barnabas Gan, an economist at the Singapore-based bank OCBC.

On top of that, some market participants say a collective production cut will have the opposite effect globally in the long run.

“Higher oil prices means non-OPEC producers will be more encouraged to drill for more oil, which will increase global supply and prices will be depressed again,” said Gao Jian, an energy analyst at SCI International.

In the U.S., where many oil producers were forced out of the market when prices dropped below $40 a barrel, there are signs of resilience. The latest forecasts from the U.S. Energy Department show domestic crude production is likely to hit 8.7 million barrels a day in 2017, which is 100,000 barrels a day higher than the previous estimate.

Read: How an OPEC output deal could catapult U.S. producers back to stardom
Production elsewhere is also climbing. North Sea producers, who have been troubled by rising costs and high taxes, recently increased output to a three-year high. That shows that any OPEC agreement would have a limited impact on the global crude glut, said Hamza Khan, head of commodity strategy at ING Bank.

The Energy Information Administration will release its weekly data on U.S. crude oil and petroleum product supplies early Wednesday. The American Petroleum Institute is set to issue its own data later Tuesday.

Analysts polled by S&P Global Platts expect to see a decline of 250,000 barrels in crude stockpiles.
— Carla Mozee and Timothy Puko contributed to this article.
Posted by Crude Oil Daily at 2:46 PM