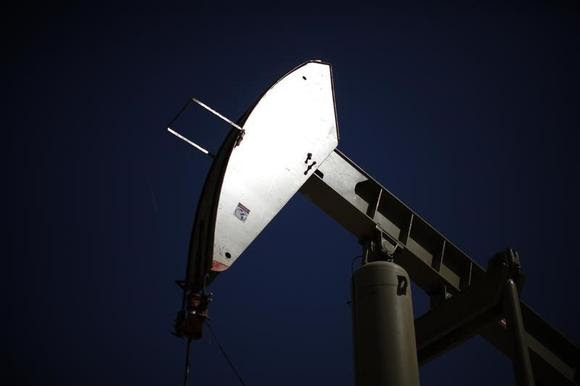 LONDON (Reuters) - Oil edged up on Thursday towards $62 a barrel as expectation of a coming recovery in global demand countered a further jump in U.S. crude stockpiles which underlined currently ample supplies.

"At present, it would appear that Brent is bottoming out at $60 per barrel," said Carsten Fritsch, analyst at Commerzbank. "The renewed sharp rise in U.S. crude oil stocks ... points to a market that is still oversupplied."

Brimming U.S. crude supplies are increasing the discount at which U.S. crude is trading to Brent. The spread CL-LCO1=R reached $11.81 on Thursday, the widest since January 2014.

Brent collapsed in 2014, falling from $115 reached in June on global oversupply. The decline deepened after the Organization of the Petroleum Exporting Countries (OPEC) chose to defend market share against rival supply sources, rather than cut its own output.

The price has rallied more than 35 percent from a near six-year low of $45.19 reached in January, supported by signs that lower prices are starting to reduce investment in U.S. and other non-OPEC supply.

A growing number of OPEC officials are making cautiously hopeful comments on the demand outlook. This week, Saudi oil minister Ali al-Naimi said demand was growing, while a Gulf OPEC delegate said it would rise more strongly in the second half of 2015.

OPEC officials including Naimi had been making more bearish comments. The Saudi minister was quoted in December as saying OPEC would not cut output even if oil fell to $20.

"No more talk of $20 from al-Naimi," said Olivier Jakob, oil analyst at Petromatrix. "Analysts calling for $20 a barrel oil will be more shy now."