MR backhaul trade from the US increases 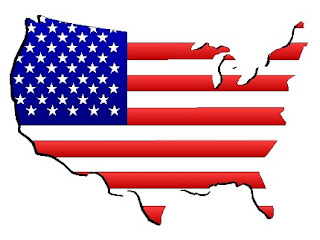 http://www.tankeroperator.com/news/todisplaynews.asp?NewsID=4291
The shift from the US from being a net importer of gasoline and distillate products to becoming a net exporter has continued.
This switch occurred in 2010 and since then the pattern has continued with figures for 2012 standing at a combined 0.7 mill barrels per day of gasoline and distillate imports compared to over 1.4 mill barrels per day of exports, reported Gibson Research in its weekly report.


This growing volume is attributed to the large increase in distillate exports, which totalled over 1 mill barrels per day in 2012.


Traditionally, the US has been perceived as a gasoline importer, which explains the importance of TC2 as a leading benchmark for the MR trade. However, in 2012 more than 155,000 barrels per day less gasoline was imported than seen in 2011.


Gasoline exports also fell but only by 58,000 barrels per day.


Global demand for gasoline remains strong. However, in the US distillate production for export has been favoured over gasoline because of higher diesel margins, Gibson said.


This has led to increased refinery investment in hydro-cracking capacity to boost distillate yields. In contrast, gasoline yields have suffered leading to declining investment and even closures of catalytic cracking facilities needed to produce gasoline - Hess closing its 65,000 barrels per day Port Reading cracking facility in February being the most recent example.


Logistical constraints, such as pipeline congestion, limit the ability to move excess gasoline from some US refineries. Further hampering in supply chain comes with the requirement for expensive Jones Act vessels, which means that, particularly on the US East Coast, importing gasoline can be cheaper than producing, Gibson said.


Pipeline conversions within the US would help to ease the logistical imbalances and indeed many are already taking place but they are expensive and time consuming, thus do not provide a quick solution.

If the ban on exporting US crude is lifted, which is unlikely at least in the short term, then the transport infrastructure would need to change again. But in the meantime, we could


witness the US import statistics for gasoline change this year, which bodes well for TC2, as the volatility in earnings already seen during the first few months of 2013 suggests.


With export volumes, particularly distillates, being at record levels, the backhaul trade from the US should also prove fruitful for those who can get it, Gibson concluded.
Posted by Crude Oil Daily at 11:23 AM