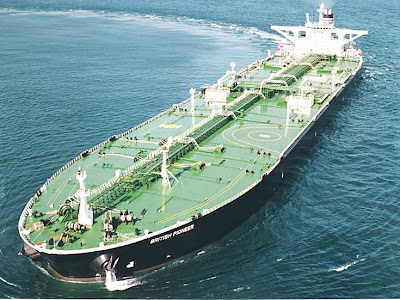 LONDON, April 11 (Reuters) - West African crude oil
differentials for the benchmark grade were steady on Wednesday,
but traders said they could succumb to further pressure given
the number of unsold May cargoes.
Traders said that two cargoes of the light sweet Qua Iboe
grade were unplaced for May, out of a total of around 20
Nigerian cargoes remaining.
"All grades are under pressure, specifically in Nigeria,"
said a West African crude oil trader.
The trading arm of Indonesian state-owned refiner Pertamina,
bought Libyan Amna crude for the first time in a tender, trade
sources said, further cutting demand for West African grades.

NIGERIA
* Qua Iboe: Traders said that two Qua Iboe cargoes were
unsold for May, including tankers for loading May 8-9 and 19-20.
Traders said it was highly unusual for tankers from the first 10
days of May to remain at this stage in the month.
* The grade was assessed between dated plus $2.20 and dated
plus $2.50 a barrel.
* Amenam: Two tankers held by Glencore and Trafigura were
unsold. Total is expected to use its May 29-30 Amenam cargo for
its own refineries.
* Bonny: Shell sold its May 25-26 cargo to a Mediterranean
buyer, traders said. Rising Asian demand for Libyan cargoes may
be boosting Mediterranean demand for West African crudes,
traders said.

ANGOLA
* Nemba: Galp sold its May 9-10 cargo to CPC, traders said.
The trading level was unclear, but traders estimated the grade
to be around dated minus 50 cents.
* Plutonio: Unipec has bought a tanker from BP for loading
May 23-24, traders said.

TENDERS
* Petral bought a tanker of Girassol from Repsol for June
delivery via a tender, sources said.
* India's state-run Bharat Petroleum Corp issued a tender to
buy sweet crude for lifting in the first half of June, a tender
document showed on Tuesday. Part I of the tender closes on
Friday and part II on Monday. It will be awarded on April 17. In
a previous tender for May, BPCL bought Akpo from Glencore.

* India's IOC also issued a tender for light, sweet crude
for loading in the second half of May or early June, a tender
document showed. Offers for the two-part tender are valid until
April 12. "IOC could take two VLCCs," said one trader. "That is
what I would expect, and they'll probably be Nigerian barrels."

DATABASE
For a database of oil supply and demand fundamentals
upstream and downstream, Reuters subscribers can click on:
here

(Reporting by Emma Farge, editing by Jane Baird)
Posted by Crude Oil Daily at 10:52 AM