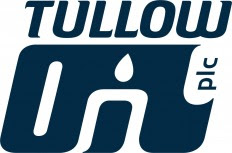 “The existence of thick sandstone fairways and a working hydrocarbon system, proven by every well in our exploration campaign, mean that our West African Transform Margin acreage remains highly prospective,” Tullow Exploration Director Angus McCoss said in the statement.

Tullow is trying to add reserves after unlocking new oil provinces in Uganda, Ghana and French Guiana, where it has found about 4 billion barrels since 2007. The explorer’s shares fell in February when it announced that its Jupiter-1 well in Sierra Leone might not be commercial.

Anadarko Petroleum Corp (APC) operates and controls 55 percent of the Mercury offshore block and 50 percent of the Kosrou acreage, according to the statement. Other owners include Repsol YPF SA. (YPFD)