VLCCs back in demand 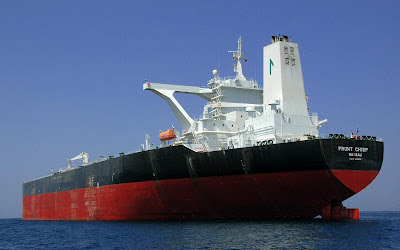 There is presently greater oil demand than at any time since the economic crash in the autumn of 2008 pushing up rates for large tankers, said a recent tanker market report.

Oil prices have been rising with the concerns of potential shortages, due to the threatened loss of Iranian crude, as well as production shortfalls from less influential producers, which has added to the rush to secure supplies, said Gibson Research in its latest weekly report.

Among the OPEC producers who have stepped up production are Angola, Iraq and Libya, replacing lost barrels and perhaps more importantly adding tonne/miles.

However, in any oil crisis, it is Saudi Arabia the world looks towards to fill any shortfall and in the hope of instigating correction to oil prices. Saudi Arabia has had a long history of increasing production and supporting the oil markets in the event of a crisis.

“Today, we are experiencing more cargo loading, albeit in a different scenario to the booming economic times prior to the crash in 2008. At that time burgeoning oil demand pushed prices up to record levels - now the threat to supply and the necessity to ensure stocks remain high appears to be paramount,” the report said.

Crude oil stocks in the US are currently at their highest levels since August last year. At the same time, European, the Middle East and Asia inventories are also at high levels.

"Given the situation, it is not surprising that we are currently witnessing a surge in VLCC spot earnings, at the same time as utilisation of this fleet is up over the first quarter of this year," Gibson said.

Several factors appear to be combining to provide owners with a very welcome respite from the dire market of recent times.

With a reduction of available VLCC tonnage and increasing demand, fundamentals have led to a tightening of tonnage in the East.

Less than six months ago, earnings on the benchmark MEG-Japan (TD3) route were at negative values. Slow steaming was universally adopted by owners as bunker costs continue to climb with the oil price.

Also, the increasing pressure on Iran has added tonne/miles as more countries move towards the tougher sanctions against Tehran.

“We are currently witnessing the highest earnings for the VLCC sector since the crisis in Libya last year. There is every chance that this recovery could be sustained, or go even higher, if the uncertainty surrounding Iran remains,” Gibson concluded.
Posted by Crude Oil Daily at 9:05 AM