The U.S. shale-oil industry may collapse, new report says, after Goldman warns crude is set for a fall 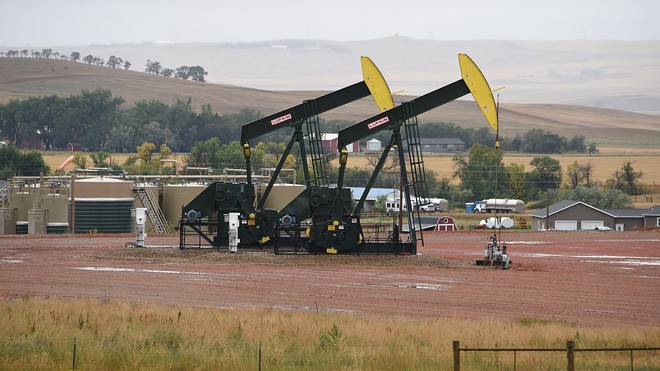 
The U.S. shale-oil industry may collapse due to the sharp fall in oil prices because of the coronavirus pandemic, a new influential report predicts.

The demand for and price of oil tumbled due to the economic slowdown and have since begun to recover, but Australian think tank the Institute for Economics and Peace warns that a low price will affect political regimes in the Middle East, especially in Saudi Arabia, Iraq and Iran.

IEP’s annual Global Peace Index, published Wednesday, analyzes tension around the world and compiles an index of the most peaceful countries. It suggests the effects of the pandemic may “result in the collapse of the shale-oil industry in the U.S., unless oil prices return to their prior levels.”

While the price of oil US:CL has begun to recover from its nadir — having crashed into negative territory in April — analysts at Goldman Sachs warned in a Tuesday note that the rise in the oil price has been overdone and forecast a drop in Brent crude prices UK:BRNQ20 to $35 a barrel, from around $43 a barrel, within weeks.

Read: Oil prices fall for a second session as investors worry about oversupply from Gulf producers
The IEP report says that the combined weakness in commercial, travel and industrial activity led to a plunge in oil prices in global markets. “These markets were already affected by an oversupply, emanating from Russia and Saudi Arabia who could not agree on production curbs,” it says.

But, on a positive note, it goes on to rank the countries most likely to stage a swift economic recovery in the wake of the pandemic, using four indicators.

China, Indonesia, Russia, Mexico and Australia all emerge as best placed to facilitate a recovery because they have low unemployment rates, low dependence on international trade, low tax revenue relative to gross domestic product, and low central government debt as a proportion of GDP.

IEP founder Steve Killelea said: “COVID-19 is negatively impacting peace across the world, with nations expected to become increasingly polarized in their ability to maintain peace and security. This reflects the virus’s potential to undo years of socioeconomic development, exacerbate humanitarian crises, and aggravate and encourage unrest and conflict.”

He identified a predictable list of sectors hurt by the lockdown, which includes aviation, hospitality, tourism, retail and finance. Health care, telecom and food production are best placed.

One upside is that drug trafficking and other types of crime have seen a likely temporary reduction as a result of social isolation around the world. However, reports of domestic violence, suicide and mental illness increased.

Iceland remains the most peaceful country in the world, a position it has held since 2008. It is joined at the top of the index by New Zealand, Austria, Portugal and Denmark.

Afghanistan remains the least peaceful country, a position it has held for two years, followed by Syria, Iraq and South Sudan.

“The fundamental tensions of the past decade around conflict, environmental pressures and socioeconomic strife remain,” Killelea said. “It’s likely that the economic impact of COVID-19 will magnify these tensions by increasing unemployment, widening inequality and worsening labor conditions — creating alienation from the political system and increasing civil unrest. We therefore find ourselves at a critical juncture.”
Posted by Crude Oil Daily at 3:35 PM