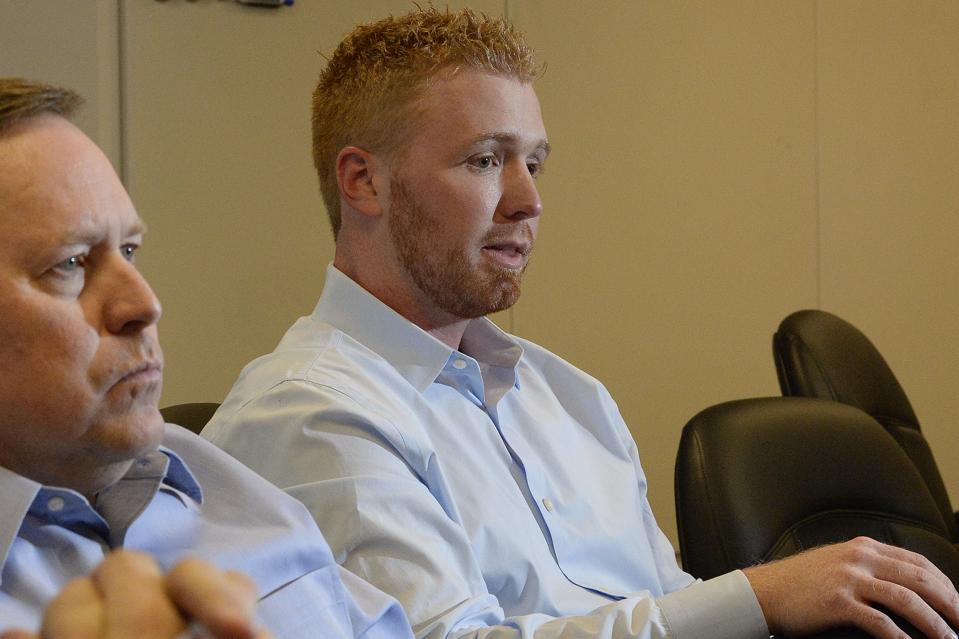 
Matthew Owens has gleaned a lot of experience at a very young age. He was just 26 years old back in 2012 when he and his former boss at Gasco Energy, Mark Erickson, teamed up with private equity group Yorktown Partners to found what would become Extraction Oil & Gas.

Since then the young oilman has taken a wild ride on the ups and downs of commodity prices while supervising the drilling and fracking of hundreds of wells in the Wattenberg field in the Colorado’s Denver-Julesburg Basin.

In March 2020, at 34, Owens took over the CEO reins at Extraction from Erickson — just in time to preside over perhaps his toughest challenge yet: Chapter 11 restructuring.

Extraction yesterday filed for bankruptcy protection. From $4 billion a few years ago, the company’s market cap has fallen to just $78 million. The company’s production volumes, having surpassed 100,000 barrels per day in late 2019, are now down to 90,000 bpd, and falling as Extraction has pulled back on drilling activity amid sadsack oil prices. In 2019 the company recorded a $1.4 billion net loss, due primarily to a write down in the value of oil and gas reserves no longer economic to develop. (BP today announced a $17 billion write down.)

A once-managable debt load has become unwieldy, and a month ago Extraction chose not to make a $15 million interest payment on its roughly $1.5 billion in debt, setting the clock ticking on its bankruptcy filing.

Owens continues to accumulate valuable experience. He has already negotiated $125 million of debtor-in-possession financing with primary creditor Wells Fargo WFC , and a debt-for-equity swap that will enable deleveraging. According to Extractions bankruptcy filing: “The Agreement outlines a restructuring plan that will effectuate a significant deleveraging of the Company’s balance sheet through a debt-for-equity swap, pursuant to either a standalone restructuring or a combination transaction, that will leave the Debtors’ unsecured noteholders with the majority of the Company’s equity while still providing a meaningful recovery to junior stakeholders.”

It’s unclear whether there will be any value left for current holders of common stock, led by various Yorktown Partners funds, with about 40%. In keeping with recent bizarre trading patterns in insolvent issues, over the past two weeks Extraction shares have jumped from 28 cents, up to $1.42 a week ago, and are now down to 56 cents.

Whether Owens survives the restructuring is yet to be seen. A spokesman for Extraction did not reply to an email request this morning. The oil industry is full of second, third and fourth acts (e.g. Floyd Wilson of Halcon, etc). And although investors may ultimately lose money on Extraction, Owens has done well for himself — the company this year announced $6.7 million in retention bonuses for 16 executives.

In terms of debt load, Extraction now becomes one of the biggest oilpatch bankruptcies so far this year. Other big ones, according to the Haynes & Boone bankruptcy monitors include Whiting Petroleum with $3.6 billion in debt, Ultra Petroleum, also with $3.6 billion, Unit Corp. with $800 million; Southland Royalty $625 million; and Sheridan Holding Company I with $620 million. Among service companies, Diamond Offshore Drilling DO went bankrupt with $2.6 billion in debt, while McDermott International returned to restructuring with $9.9 billion in debt.