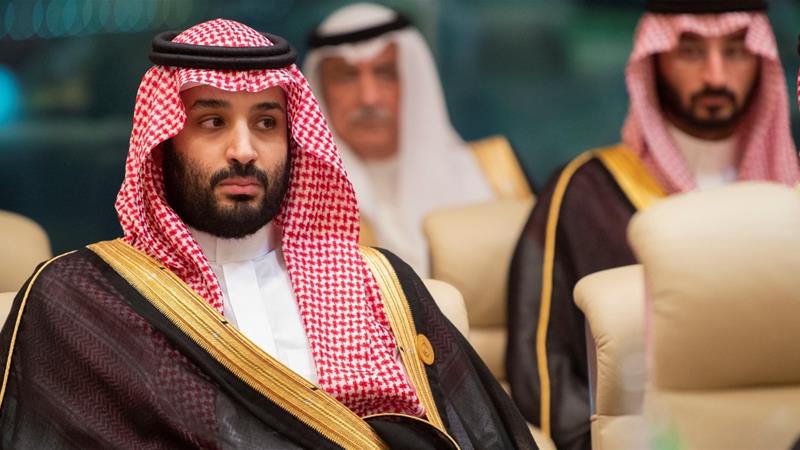 The formal term in Arabic is mana’a al-safar, or “travel bans.” But the practical effect of Saudi Crown Prince Mohammed bin Salman’s policy of restricting journeys abroad by what appear to be thousands of Saudis is to intimidate those he regards as political threats.

“This is hostage-taking as a tool of governing,” argued Khalid Aljabri, a Saudi cardiologist who lives in Toronto. Two of his younger siblings, Omar and Sarah, now both in their early 20s, were banned from travel in June 2017 shortly after MBS, as he’s known, became crown prince. MBS wanted leverage against their father, a former Saudi intelligence official named Saad Aljabri, hoping to force him home to face corruption allegations that Khalid says are false.

An investigation shows that this practice of restricting foreign travel is much broader than generally recognized and is part of a larger system of organized repression in the kingdom. MBS has used these tools to consolidate power as he moves toward what some U.S. officials believe may be an attempt, perhaps this year, to seize the full powers of government from his ailing father, King Salman.

The total number of Saudis who are subject to travel restrictions, according to Saudi and U.S. analysts, probably runs into the thousands. Those who are banned don’t usually know about their status until they go to the airport or try to cross a border post, where they’re stopped and told that exit is forbidden on order of the state security organization, which operates through the royal court. No formal, written explanation is typically given. Several members of banned families said they believed the restriction was an effort to pressure or force back to the kingdom those MBS sees as critics or threats.

The Saudis have maintained some restrictions on foreign travel since long before MBS, and they’re hardly the only Middle Eastern country to do so. And in some areas, such as unescorted travel by women, MBS has liberalized the Saudi system. But U.S. and Saudi analysts say he has used control of travel as part of his broader effort to suppress any challenge from within the royal family and the business elite.

The list of banned Saudis starts with the family of the late King Abdullah bin Abdul Aziz, Salman’s predecessor, whose 2015 death set off a “Game of Thrones” rivalry in the kingdom that continues today. According to a knowledgeable Western businessman close to the Abdullah clan, 27 sons and daughters of the late king have been blocked from travel abroad since 2017. In addition, between 52 and 57 grandchildren and eight great-grandchildren have been banned from travel.

The source, who requested anonymity because of the sensitivity of information about the kingdom, wouldn’t identify individual members of the Abdullah clan who have been blocked. According to published news reports, four of Abdullah’s prominent sons — Mutaib, the former head of the national guard; Mishaal, former governor of Mecca; Faisal, former head of the Saudi Red Crescent Society, and Turki, former governor of Riyadh — were all detained and held at the Ritz-Carlton in Riyadh in November 2017 in MBS’s crackdown on alleged corruption. They remain under arrest or house arrest, and their offspring can’t leave the kingdom, Western and Saudi sources said.

Travel bans also apply to the wife and two daughters of Mohammed bin Nayef, the former crown prince whom MBS deposed in June 2017. Mohammed bin Nayef’s wife, Reema bint Sultan, the daughter of former Crown Prince Sultan, was briefly allowed to travel abroad last year for medical treatment, a Saudi and Western source said, but her children Sarah and Lulua are forbidden to leave. Some members of MBS’s own family can’t travel abroad, either, the sources said.

The roughly 300 Saudis who were held at the Ritz-Carlton make up a big portion of the “banned” community. The detainees included some of the kingdom’s most prominent business leaders, such as Prince Alwaleed bin Talal, who has invested in banks and hotels around the world. He and most of the others were released after they were forced to pay a percentage of their financial assets, which MBS claimed had been obtained improperly.

But even these 200 or more who “settled” their cases have been prevented from traveling freely, along with their families, according to various sources.
One source from a banned family estimated that the number of Ritz-Carlton detainees and family members whose travel has been restricted is between 2,000 and 2,500, but this number couldn’t be confirmed. In addition to the Ritz-Carlton cases of alleged corruption, MBS has detained 131 prominent political and religious figures since September 2017, according to a list compiled by Human Rights Watch in November. Their families, too, have been subject to travel bans.

The same report by Human Rights Watch cited these family restrictions as one of the repressive abuses in the kingdom. “In addition to directly targeting Saudi citizens for arrest … in some cases authorities have also punished their family members by imposing arbitrary bans on travel outside the country or freezing their assets and access to services,” the report noted.

An early case that showed how the system works was the Sept. 10, 2017, arrest of cleric Salman Alodh. His brother Khalid immediately tweeted the news, and he was arrested two days later. They both remain in prison, according to human rights monitors. Since then, 17 members of the Alodh family, some under the age of 10, have been prevented from traveling abroad, according Alodh’s son, Abdullah, an adjunct professor at George Washington University. Abdullah was outside the country when his father was jailed and has refused Saudi requests to return home.

“It’s a widespread practice now in Saudi Arabia,” said Abdullah. “They use it to threaten or intimidate or silence a family.”

A classic example of this squeeze technique was the travel ban imposed in 2017 on the son of Post contributor Jamal Khashoggi. When Khashoggi’s oldest son, Salah, was prevented from leaving the kingdom, Khashoggi was told his son would be free to leave if the dissident journalist returned home. Khashoggi, who resisted such intimidation, was murdered in the Saudi Consulate in Istanbul in October 2018, on what the CIA believes were MBS’s orders.

State Department officials have focused on travel-ban cases involving Saudis who have dual U.S. citizenship. One such Saudi American is Walid Fitaihi, a doctor and television personality. He was arrested in November 2017 and freed last August, under U.S. pressure. But he and his family are still banned from traveling abroad. The State Department is pressuring the Saudis on two similar cases involving dual Saudi-U. S. citizens, Salah al-Haidar and Bader al-Ibrahim.
Sometimes, Saudi authorities will allow a member of a prominent family to leave the kingdom, but only if another stays behind as “collateral,” explained one Saudi from a banned family. An example is a billionaire merchant family of three brothers, who expanded from two menswear shops into a network of 19 shopping malls. If one of the brothers leaves, others must remain, a knowledgeable Saudi explained.

Similar restrictions apply to the bin Laden family, who, in addition to their relationship with the late Osama bin Laden, founder of al-Qaeda, run a vast construction business. Two young members of the bin Laden clan were stopped in 2017, one at Jiddah airport, the other trying to cross the causeway into Bahrain.

MBS has defended his pressure on these prominent families as part of an attempt to stop corruption, which for many decades had been an unfortunate fact of life in the kingdom. MBS’s associates say he is preparing corruption charges against Mohammed bin Nayef, alleging that he skimmed intelligence operational funds when he was minister of interior. The Saudis have circulated similar allegations about Saad Aljabri, said his son Khalid. But he said Interpol rejected such charges as politically motivated two years ago.

Holding innocent family members hostage to extort cooperation is a practice characteristic of the most brutal regimes throughout history. Yet as the Saudi machine of repression accelerates, it has sadly become a standard part of MBS’s governance.
Posted by Crude Oil Daily at 2:00 PM