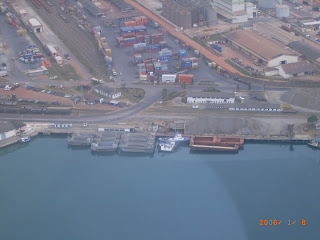 Inadequate facilities and undue delays at the Takoradi Port have compelled oil service providers supporting operations on the Jubilee Field to redirect their vessels to neighbouring countries.

Currently, supply vessels at the port are still competing with cargo vessels for space.

This is notwithstanding additional space provided by the Home Port of the Western Naval Command to take care of the increasing number of vessels.

Industry players who spoke to graphic.com.gh said the delays encountered before they entered the port to take supplies cost them as much as $30,000.

The Takoradi Port currently has six berth spaces. One of them has been dedicated to vessels for the export of manganese and another has been leased to the lead operators among the Jubilee partners.

At the moment, the anchorage of the port, which used to be very free, is inundated with supply vessels and other vessels trying to enter the port.

The deepest part of the port has been allocated for the discharge of bulk cargo and, therefore, other vessels have to wait at the anchorage at a great cost to shippers.
The country, according to some of the agents of vessels, could lose huge businesses and revenue to neighbouring countries unless immediate steps were taken to expand the facilities.

Some of the agents said the port had reached its limit and that expansion work had to start immediately.

When contacted, the Director of the Takoradi Port, Mr Gordon Anim, acknowledged the problem, saying the current berth space at the port could not contain the flow of traffic.

The port authority, he said, had realised that since the oil find, supply vessels that called at the Takoradi Port had increased without a corresponding increase in the berth space for them.

Mr Anim said to save the situation, the port was doing everything possible to ensure that the supply vessels were given more attention to ensure quick turnaround time to support the offshore operations.

Asked what would be the permanent solution to the problem, Mr Anim said the best would be to expand the port, a solution which had been part of the authority’s agenda.

He said the port was very much aware of the need for not only more berth space but also deeper berth place to contain the flow of traffic.

When contacted, the Western Regional Manager of the Ghana Shippers’ Authority (GSA), Ms Monica Josiah, acknowledged that the port was busy and its shippers had some challenges.

She said the important thing to look at immediately was to ensure that services at the port did not delay in order not to add up to the congestion.

Ms Josiah advised members of the GSA to ensure that their documentation was up-to-date to reduce long delays of their vessels at the port.
Source: Daily Graphic
Posted by Crude Oil Daily at 11:40 AM