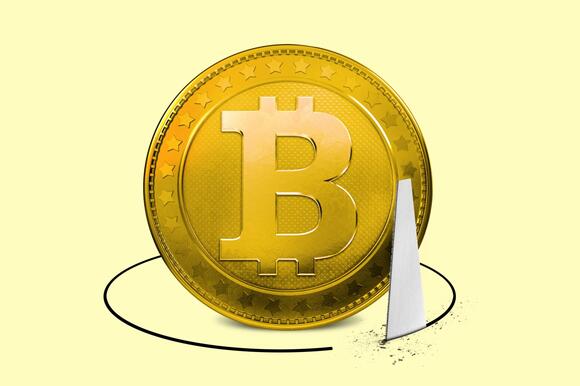 Sign up for the Fortune Features email list so you don’t miss our biggest features, exclusive interviews, and investigations.

One of the largest cryptocurrency mining companies is feeling the heat of the latest market downturn.

Core Scientific sold most of its Bitcoin holdings in June, the company said on Tuesday in a monthly update. It traded 7,202 Bitcoins for about $167 million, and now holds 1,959 Bitcoins and $132 million in cash on its balance sheet.

Proceeds from its Bitcoin sales were used for payments for ASIC servers, which are typically used to mine cryptocurrency; investments in data center capacity; and scheduled repayment of debt, according to Core Scientific.

The company says it will continue to sell its mined Bitcoins to pay operating expenses and maintain liquidity, among other things.

The announcement is just the latest sign that major crypto players are taking drastic actions to try to survive a struggling market. The second quarter of 2022 was rough for the entire sector, with June being particularly damaging. Forced selling and liquidations caused a stir across the industry, and as the price of Bitcoin plunged, it also took a toll on miners.

“Our industry is enduring tremendous stress as capital markets have weakened, interest rates are rising, and the economy deals with historic inflation,” said Mike Levitt, Core Scientific CEO, in the update.

Core Scientific did not immediately respond to Fortune’s request for comment.

Miners like Core Scientific are crucial in keeping the Bitcoin network secure. Miners validate Bitcoin transactions by using expensive equipment and a lot of computer power to try to solve complex puzzles, resulting in coins.

Previously calling itself the “King of Bitcoin,” Core Scientific is a juggernaut for Bitcoin mining. It operates over 180,000 ASIC servers, and in March the company said it ran over 10% of Bitcoin’s network.

Although it has cashed out more than 7,000 Bitcoins, the company is still bullish on the cryptocurrency and plans to grow its Bitcoin data centers and continue to self-mine.