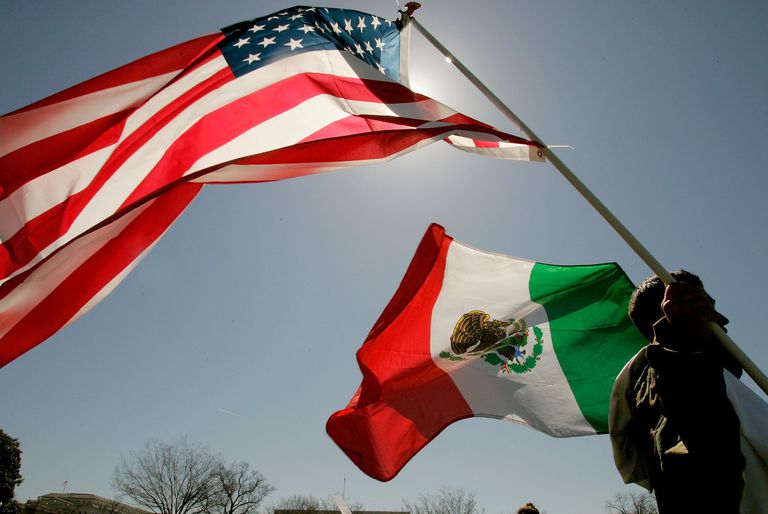 Pemex has been awaiting approval from the U.S. Treasury Department to acquire Shell’s stake in the Texas plant, a move that would expand its refining capacity and secure critical fuel supplies for the state oil producer. The purchase comes as AMLO seeks to increase state control of the country’s energy markets, refine all of its own oil, and reverse more than a decade of production declines.

The acquisition will cost $1.2 billion, AMLO said at a press conference, more than twice the price the company announced in May. Pemex will pay off the refinery’s debt to complete the purchase, tapping Mexico’s National Infrastructure Fund, Pemex Chief Executive Officer Octavio Romero said Wednesday.

Bloomberg previously reported that Pemex could spend about $1.6 billion on the takeover, using the infrastructure fund and a bridge loan from commercial banks to pay off the refinery’s debts, a part of the deal that wasn’t clear when it was first announced.

Pemex is making the acquisition even as its finances are so dismal the government is injecting billions of dollars into the company as debt has soared to $113 billion, the most of any oil company in the world.

Mexico’s Foreign Affairs Minister Marcelo Ebrard said the Committee on Foreign Investment in the United States approved the sale in a letter. There were no pending issues of national security, and the review of the sale was concluded, Ebrard said, citing the letter.

CFIUS is responsible for reviewing sales of critical U.S. infrastructure to foreign buyers for national security.

Shell previously said the deal was expected to close early next year, subject to regulatory approvals.

The sale has sparked controversy, with critics claiming that it could affect national energy security in the U.S., due to rising gasoline costs and concerns that Pemex lacks the funds and expertise to run a U.S. refinery.

Last week, two New York businessmen filed a lawsuit in a U.S. District Court in Houston, alleging that the sale would increase gasoline prices and impact their business’s energy costs. In June, U.S. Representative Brian Babin published a letter to CFIUS opposing the deal because he claimed that Pemex didn’t have a record of operating refineries to international standards.

Pemex owns and operates six refineries in Mexico, but due to a lack of investment they are operating at less than half of their capacity, and Mexico imports almost 80% of the gasoline consumed in the country. Pemex is also constructing a new, 240,000-barrel-a-day refinery in AMLO’s home state of Tabasco that has gone over budget after the government’s initial estimate of $8 billion.