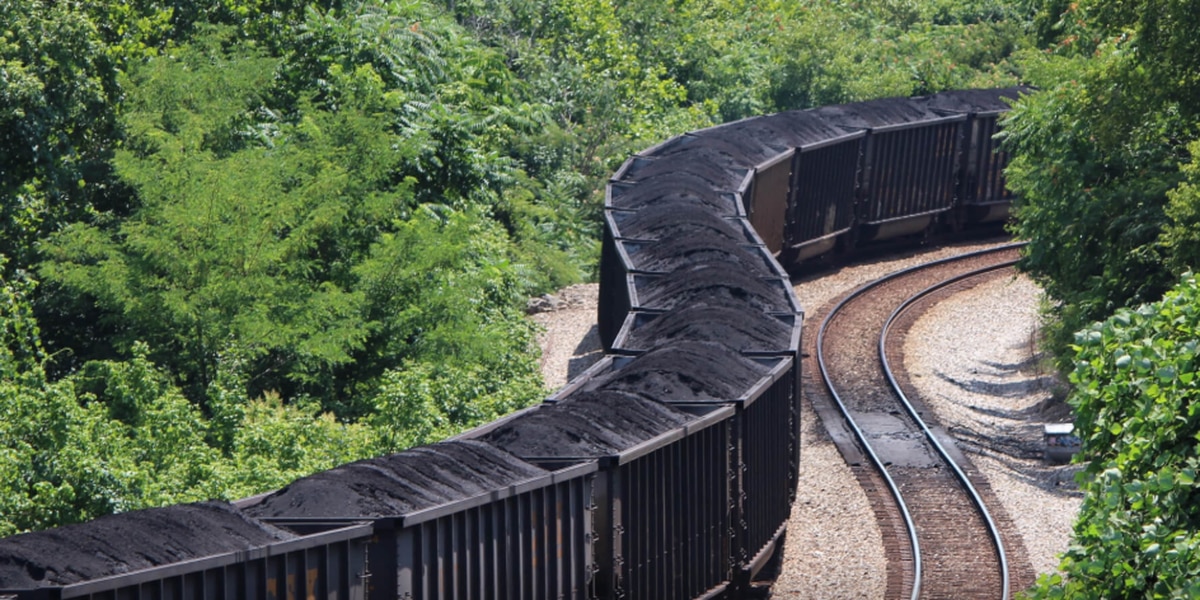 A CSX train carrying a load of coal stops near the James River in Richmond in July 2019.(Sarah Vogelsong/Virginia Mercury)

U.S. power plants are on track to burn 23% more coal this year, the first increase since 2013, despite Biden’s ambitious plan to eliminate carbon emissions from the power grid. The rebound comes after consumption by utilities plunged 36% under Trump, who slashed environmental regulations in an unsuccessful effort to boost the fuel.

That’s going to increase emissions at a time when Biden and other world leaders prepare to gather in Scotland in a few weeks, hoping to reach a deal on curbing fossil fuels in a last-ditch effort to save the world from climate change. The boom is being driven by surging natural gas prices and a global energy crisis that’s forcing countries to burn dirtier fuels to keep up with demand. It’s also a stark reminder that government policy can steer energy markets, but it can’t control them.

As the world emerges from the coronavirus pandemic, reopening economies are driving a huge rebound for power demand. But natural gas is in short supply, creating shortfalls at a time when wind and hydro have been unreliable in some regions. Europe and Asia have been hit the worst, with skyrocketing markets, blackouts in places like India, power shortages in China and the threat of outages in other countries. Energy prices are also soaring in the U.S., though not to the same extremes.

The situation is driving up coal demand around the world, and in the U.S., utilities are cranking up aging power plants and miners are digging up as much as they can.

The shift means that coal will supply about 24% of U.S. electricity this year, after falling to 20% in 2020, an historic low after years of efforts to push utilities toward clean power and amid cheap natural gas supplies. That resurgence may look even more extreme when the Energy Department releases its latest monthly report Wednesday.

Coal from the central Appalachia region has climbed 39% since the start of the year to $75.50 a ton, the highest since May 2019. Prices in other regions are lower, but also on the rise.

Demand for coal will likely remain strong into next year, said Ernie Thrasher, CEO of Xcoal Energy & Resources, the biggest U.S. exporter of the fuel. Supply is already constrained, and Thrasher said he’s hearing some utilities express concern that they may face fuel shortages over the next several months as colder weather pushes energy demand higher to heat homes.

“It won’t be easy this winter,” he said.

Kevin Book, managing director of research firm ClearView Energy Partners, said the current crisis has added fodder to the debate over efforts to move away from coal.

“The goal of policy, if you listen to what’s being said in Western countries in the context of climate discussions, is not only to stop building new coal but to eliminate the existing capacity to burn coal,” Book said. “This is a moment in time when that idea is going to be challenged.”

While the coal boom is dramatic, the moment may be short-lived.

Coal consumption plunged under Trump largely because utilities shifted to gas, which was far cheaper at the time, and increasingly embraced renewables as the cost of wind and solar fell. The decline was also the result of key policy decisions from his predecessor Barack Obama. And though Trump sought to revive the industry, legal challenges and the risk of an unpredictable regulatory environment discouraged long-term investments in coal.

Coal mining and generating capacity declined 40% over the past six years, according to B. Riley Securities.

“The transition is well underway, but it won’t be over tomorrow,” said Dennis Wamsted, an analyst for the Institute for Energy Economics and Financial Analysis.

(By Will Wade, with assistance from Jennifer A Dlouhy)