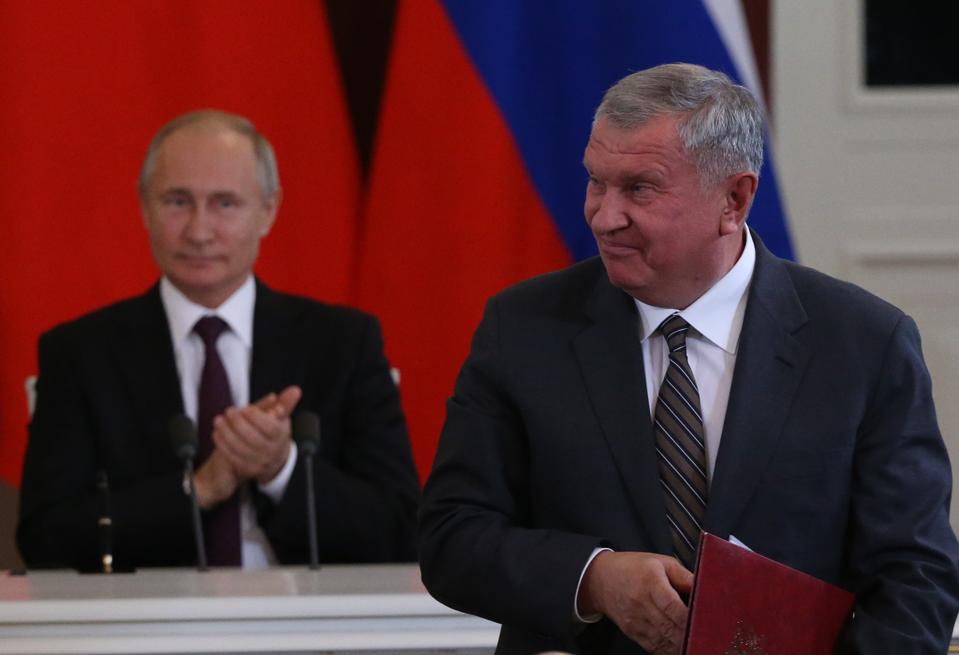 
Russia looks set to be buying Venezuela’s oil. Like, all of it.

According to rumors in the market and one confirmed recently by Venezuelan daily El Nacional, Russia’s state-owned oil giant Rosneft is going to take control of PdVSA, the bankrupt Venezuelan oil company that explores for and produces most of the country’s oil.

Rosneft is a big lender to PdVSA, and PdVSA is broke so Rosneft wants to be paid. So it makes sense that the Venezuelan government would sell something. Rosneft owns a large stake in Citgo, essentially a PdVSA subsidiary and a well-known gasoline station brand here in the States.

Imagine if you will the raucous sound of hysteria you would get from many newsrooms if, say, Exxon, was buying PdVSA instead of the Russians.

Let me give you a hint of the headlines and then the following hot takes that would flow on social media by the Hands Off Venezuela activists and their sympathizers.

American Twitter: Another regime change for oil. This is pure theft of the resources of the Venezuelan people by greedy corporations backed by Washington! #HandsOffVenezuela