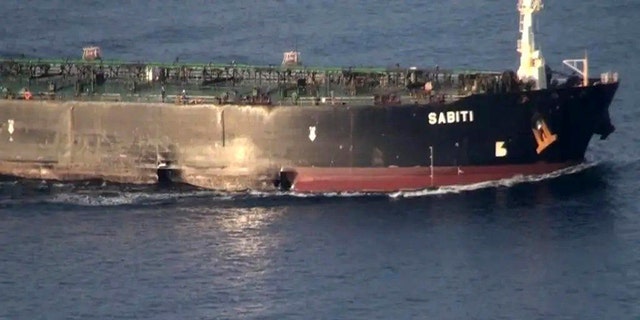 Iranian state television reported the alleged attack resulted in an oil leak, which they say was later plugged. (SHANA via AP)


Amidst heightened tensions in the Middle East, an Iranian Suezmax was damaged by an alleged rocket attack later last week in the Red Sea.
The explosion caused an oil spill, which was brought under control, according to Iranian news agency, IRNA and the crew was reported to be safe.

He said: "Marine insurance, Cargo and Hull & Machinery cover incorporating War Risks, is uncontrollably linked with geopolitical conflict. This latest incident will drive insurers to raise further War Risk insurance rates for vessels operating in the region, over and above the tenfold increase to rates since the attacks on tankers in May.

“Shipping companies operating in the region will be forced to absorb these added costs with affordable insurance in this high risk zone becoming harder to find. This could lead to cost-cutting measures in other areas of maritime trade.

"The events leading to the attack in the Red Sea, off the coast of Saudi Arabia, are uncertain. There were reports that missiles struck the tanker and an accusation that Saudi Arabia had committed an act of terrorism while the vessel was carrying oil to Syria.

“Whether this was an act of terrorism or indeed a breach of international sanctions is of crucial significance in determining  whether and how cover might respond, if at all.

“What is certain, however, is that the continued instability and unpredictability in the region will have an adverse effect on sea trade, will reinforce the argument that the UK has too few naval assets to protect its interests in the area, and will add to the growing trend of increasing marine insurance premiums," he warned.
Posted by Crude Oil Daily at 3:42 PM