Philippine President Rodrigo Duterte said on Friday Chinese counterpart China Xi Jinping had warned him there would be war if Manila tried to enforce an arbitration ruling and drill for oil in a disputed part of the South China Sea.

In remarks that could infuriate China, Duterte hit back at domestic critics who said he has gone soft on Beijing by refusing to push it to comply with an award last year by the Permanent Court of Arbitration in The Hague, which ruled largely in favor of the Philippines.

Duterte said he discussed it with Xi when the two met in Beijing on Monday, and got a firm, but friendly warning.

"We intend to drill oil there, if it's yours, well, that's your view, but my view is, I can drill the oil, if there is some inside the bowels of the earth because it is ours," Duterte said in a speech, recalling his conversation with Xi.

"His response to me, 'we're friends, we don't want to quarrel with you, we want to maintain the presence of warm relationship, but if you force the issue, we'll go to war.'"

Duterte has long expressed his admiration for Xi and said he would raise the arbitration ruling with him eventually, but needed first to strengthen relations between the two countries, which the Philippines is hoping will yield billions of dollars in Chinese loans and infrastructure investments. 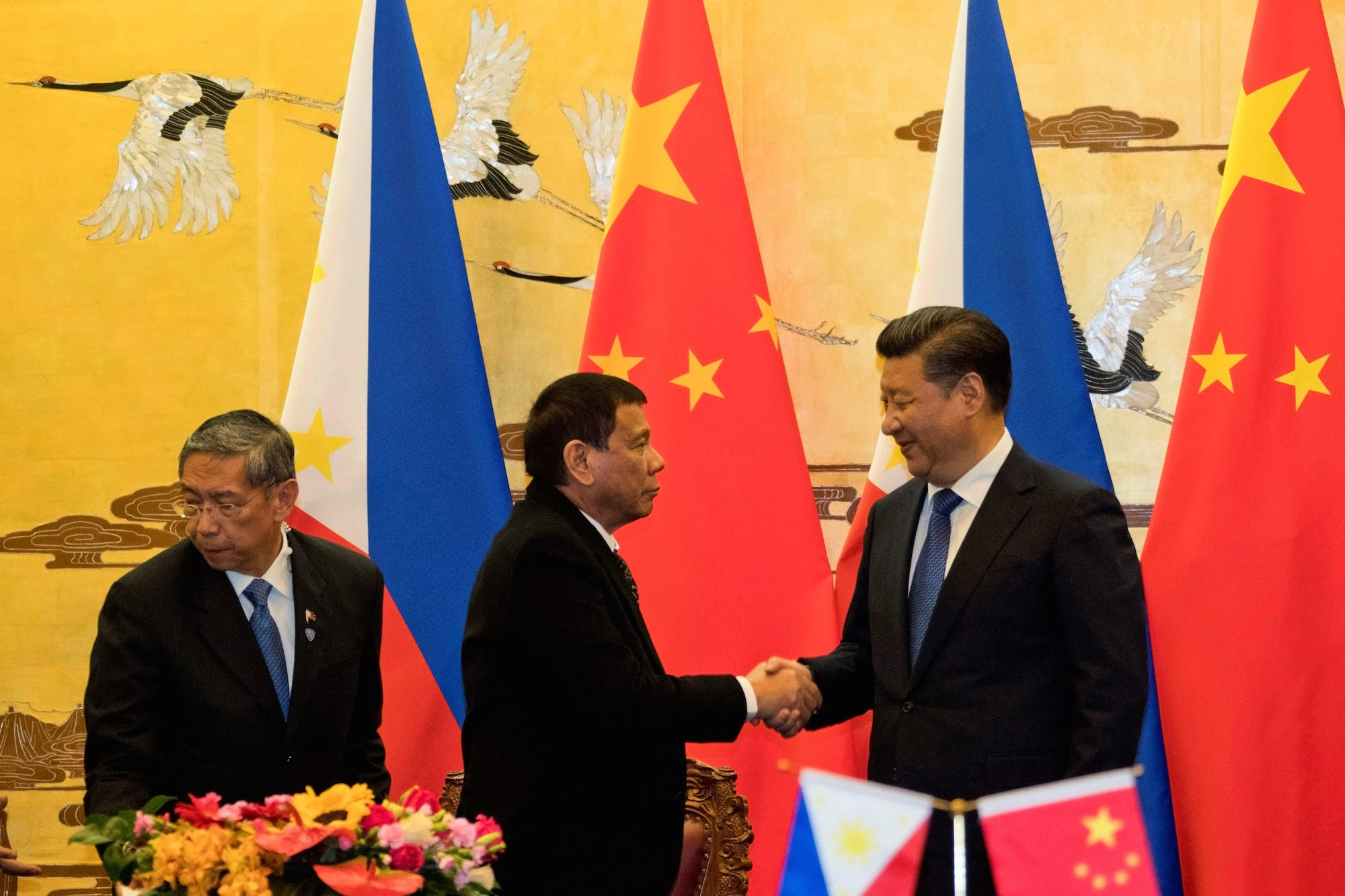 It also invalidated China's nine-dash line claim on its maps denoting sovereignty over most of the South China Sea.
Duterte has a reputation for his candid, at times incendiary, remarks and his office typically backpeddles on his behalf and blames the media for distorting his most controversial comments.

Duterte recalled the same story about his discussion with Xi on oil exploration in a recorded television show aired moments after the speech.

He said Xi told him "do not touch it." 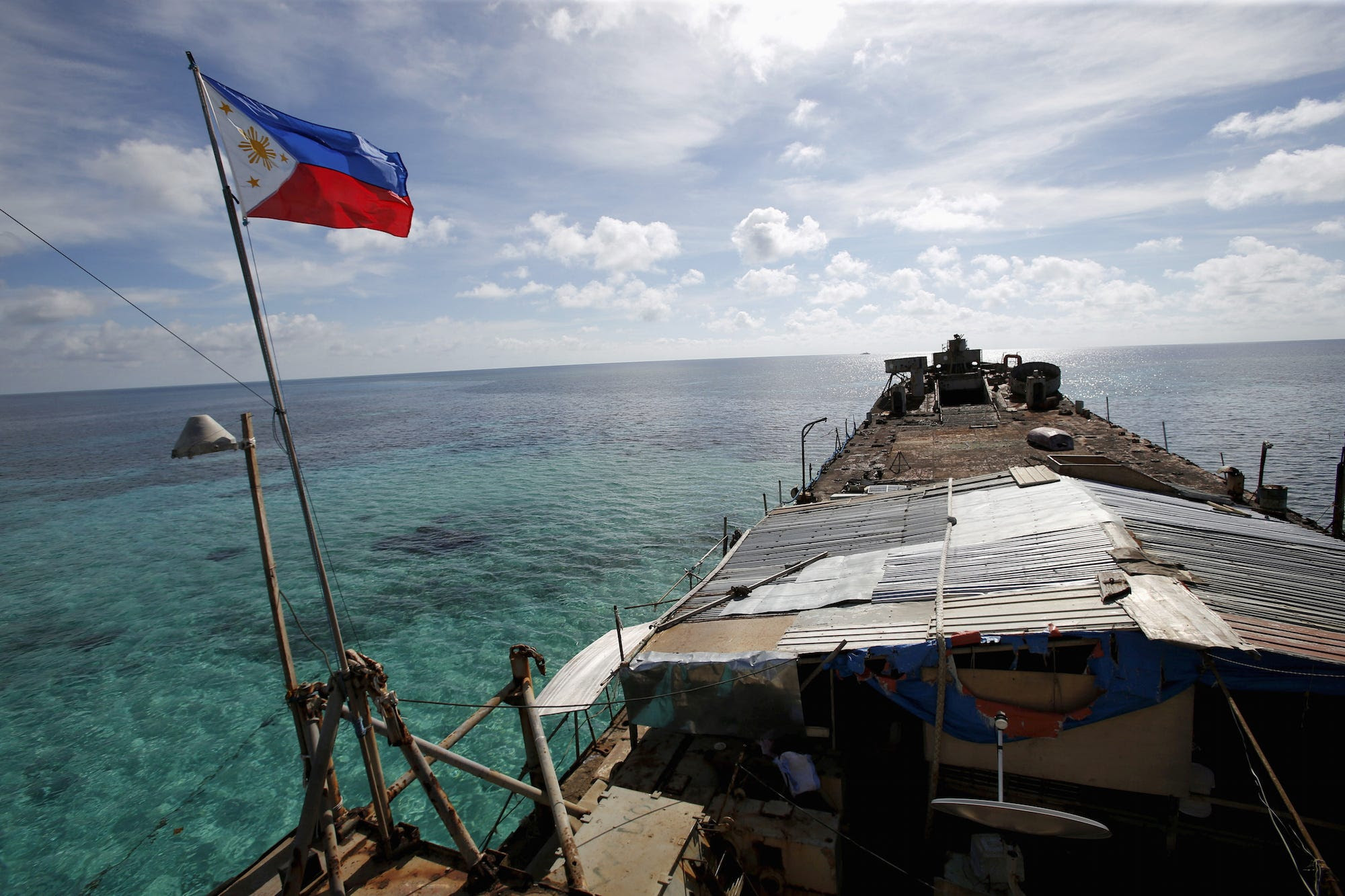 A Philippine flag flutters from BRP Sierra Madre, a dilapidated Philippine Navy ship that has been aground since 1999 and became a Philippine military detachment on the disputed Second Thomas Shoal, part of the Spratly Islands, in the South China Sea, March 29, 2014. Reuters/Erik de Castro
He said Xi had promised that the arbitration ruling would be discussed in future, but not now.

Duterte said China did not want to bring up the arbitral ruling at a time when other claimant countries, like Vietnam, might also decide to file cases against it at the arbitration tribunal.

It was not the first time the firebrand leader has publicly discussed the content of private meetings with other world leaders.

His remarks came the same day that China and the Philippines held their first session in a two-way consultation process on the South China Sea.
They exchanged views on "the importance of appropriately handling concerns, incidents and disputes involving the South China Sea," the Chinese Foreign Ministry said in a statement that gave few details.