Oil prices slip as US crude inventories rise by 614,000 barrels

Analysts polled by Reuters ahead of the report had forecast on average that inventories would decline 2.1 million barrels. 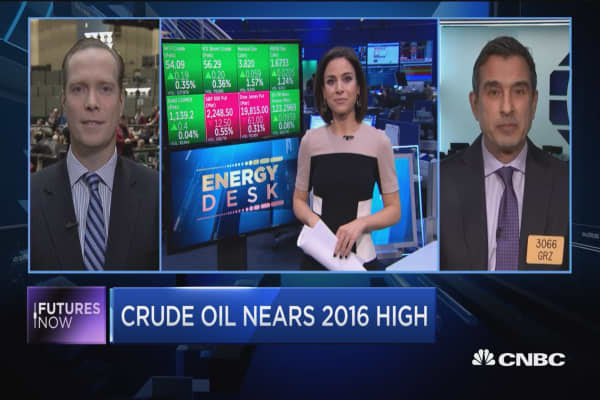 Gasoline stocks fell by 1.6 million barrels, compared with analysts' expectations in a Reuters poll for a 1.3 million-barrel gain.

Distillate stockpiles, which include diesel and heating oil, fell by 1.9 million barrels, versus expectations for a 1.8 million-barrel increase, the EIA data showed.

Traded volumes were thin with many investors away for year-end holidays, although the expiry of the front-month February ICE Brent contract on Thursday could generate some activity.
Both crude oil benchmarks have made big gains this month since OPEC and other producers agreed to curb production in an attempt to balance an oversupplied fuel market.

"The market is in good shape although it might fail to make significant advances this year," said analyst Tamas Varga at London brokerage PVM Oil Associates. "If that is the case the uptrend should continue in early January."

"Either way, the odds are still on higher numbers."

A committee of the Organization of the Petroleum Exporting Countries and non-OPEC producers will meet in Vienna on Jan. 21-22 to discuss compliance with the production agreement, Kuwaiti oil minister Essam Al-Marzouq told state news agency KUNA.

"Brent will be ... positively impacted by the OPEC and non-OPEC cuts should the agreed reductions be largely adhered to over the next six months," said Philips Futures' investment analyst Jonathan Chan.