Let Our Oil and Gas Go 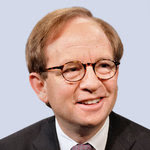 AS a young reporter covering energy for The New York Times, I saw firsthand the distortions and inefficiencies caused by the web of regulations that followed the Arab oil embargo of 1973-74, and the resulting surge in gasoline prices.

So I shared in the frisson of excitement last month when the Commerce Department cleared two Texas companies to export an ultralight, processed form of oil called condensate. It seemed like a step toward relaxing the ban on the export of crude oil, the biggest stricture remaining from the ’70s energy crisis.

But then the Obama administration quickly insisted that the Commerce Department, in narrowing the definition of crude oil so that condensate could be exported, was not about to lift the ban more widely. “There has been no change to our policy on crude oil exports,” a White House spokesman said.

That’s unfortunate, because America’s renewed hydrocarbon boom could be even more robust if we eased outdated restrictions on shipping both crude oil and liquefied natural gas overseas.

It’s true that the United States still imports about six million barrels of oil a day — about one-third of our needs.

But not all oil is created equal, and the lightweight type that we are producing in growing quantities in North Dakota, Texas and elsewhere is not compatible with many of our refineries, which were built to process the heavier crude oil that we typically import.

A result is a supply and pricing mishmash that causes domestic oil to sell for as much as $10 per barrel below the global market price, currently $107.

That, sadly, doesn’t help consumers. Because gasoline (and other refined oil products) can legally be exported, the pump price in America reflects the higher world price. The result: undeserved excess profits for refiners, as demonstrated by the sharp drop in their stock prices when the Commerce Department made its technical change.

If the export ban were lifted completely, the price of crude oil in the United States would rise to the global price (adjusted for transportation costs and differences in quality), but the price of gasoline at the pump wouldn’t change.

Yes, the higher price of crude oil would mean more profits for producers; more important, it would encourage drilling. That means more production, more jobs, and less reliance on imports and an improvement in our trade balance.

Natural gas also needs to be freed from burdensome rules. The surge in supply that has resulted from industry advancements in hydraulic fracturing (fracking) and horizontal drilling has artificially depressed prices in the United States.

But we’ve been slow. Only one project, Cheniere Energy’s Sabine Pass facility in Louisiana, has received all the necessary permits. While the Obama administration made a recent procedural change intended to accelerate the process somewhat, it has stopped short of a full-throated endorsement. President Obama recently told reporters that Europe was too dependent on gas exports from Russia and that greater natural gas exports would benefit the United States, but that “it’s not something that can happen overnight.”

That’s partly because of opposition from environmentalists, who are determined to curtail the use of fracking. While regulation should be tough, we needn’t ban these unconventional means of energy production. After all, greater use of natural gas and oil by other countries means less burning of more damaging fuels, particularly coal.

For a change, the Republican-controlled House has produced a productive piece of legislation, a bill (supported by 46 Democrats) that would require faster action by the Department of Energy in permitting natural gas exports. The Senate should take it up.

Experts from the Brookings Institution and the Council on Foreign Relations support lifting the ban on crude oil exports. Politicians need not fret. Nothing would prevent the United States from shutting off exports during national emergencies. Nor, in the event of another huge spike in world prices, would Congress be prevented from imposing taxes on crude oil at the wellhead to prevent windfall profits.

Energy policy should not be driven by emotion. Paradoxically, the fastest way to reduce our dependence on foreign sources of energy is to speed the export of crude oil and natural gas.