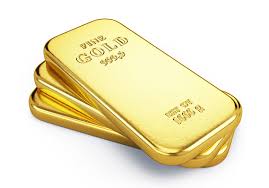 (Kitco News) - Gold prices ended the U.S. day session sharply lower Monday, pressured by heavy profit taking and capitulation by weak-handed longs. The steep downdraft in prices also set off pre-placed sell-stop orders. The sell-off accelerated shortly after the Comex futures market opened in early U.S. trading, which suggests a big sell order hit the futures market at that time. August Comex gold was last down $30.60 at $1,307.00 an ounce. Spot gold was last quoted down $33.00 at $1,306.50. December Comex silver last traded down $0.533 at $20.99 an ounce.

The gold and silver bulls were hit hard Monday and need to recover very quickly to avoid near-term chart damage. Price action Tuesday and Wednesday will be extra important for the gold and silver markets. Rebounds in prices would suggest prices can work to maintain their recent uptrends. Good follow-through selling pressure would suggest near-term price uptrends are finished and that prices could work sideways to lower in the coming weeks.

The lack of fresh concerns about the geopolitical front also led to better risk appetite in the market place Monday, at the expense of safe-haven gold. However, four situations remain simmering on low heat on the back burner of the market place: the European Union sovereign debt crisis, the Iraqi civil war, the latest flare-up between Israel and Hamas, and the Russia-Ukraine tensions. Any one, or more, of these conflicts could quickly move to the front burner–and gold would likely see good safe-haven demand quickly develop.

The highlight of the trading week is likely to be testimony on U.S. monetary policy from Federal Reserve Chair Janet Yellen before the U.S. Congress on Tuesday and Wednesday.

U.S. corporate earnings reports will also be featured this week.

There was no major U.S. economic data due for release Monday.

Technically, August gold futures prices closed nearer the session low and hit a three-week low Monday. Gold market bulls faded quickly today and lost their near-term technical advantage. The gold bulls’ next upside near-term price breakout objective is to produce a close above solid technical resistance at last week’s high of $1,346.80. Bears’ next near-term downside breakout price objective is closing prices below solid technical support at $1,300.00. First resistance is seen at $1,309.40 and then at $1,315.70. First support is seen at Monday’s low of $1,302.20 and then at $1,300.00. Wyckoff’s Market Rating: 5.0

December silver futures prices closed near the session low Monday on heavy profit taking and weak long liquidation. The bulls still have the slight overall near-term technical advantage but need to show fresh power soon to keep it. Silver bulls’ next upside price breakout objective is closing prices above solid technical resistance at last week’s high of $21.67 an ounce. The next downside price breakout objective for the bears is closing prices below solid technical support at $20.47. First resistance is seen at $21.25 and then at $21.385. Next support is seen at $20.89 and then at $20.70. Wyckoff’s Market Rating: 5.5.

December N.Y. copper closed down 165 points at 325.25 cents Monday. Prices closed near the session low after hitting a six-month high early on today. Profit taking was featured. Copper bulls still have the firm overall near-term technical advantage. Copper bulls’ next upside breakout objective is pushing and closing prices above solid technical resistance at the January high of 334.40 cents. The next downside price breakout objective for the bears is closing prices below solid technical support at 316.50 cents. First resistance is seen at 327.50 cents and then at today’s high of 329.45 cents. First support is seen at Monday’s low of 324.75 cents and then at last week’s low of 323.30 cents. Wyckoff’s Market Rating: 6.5.