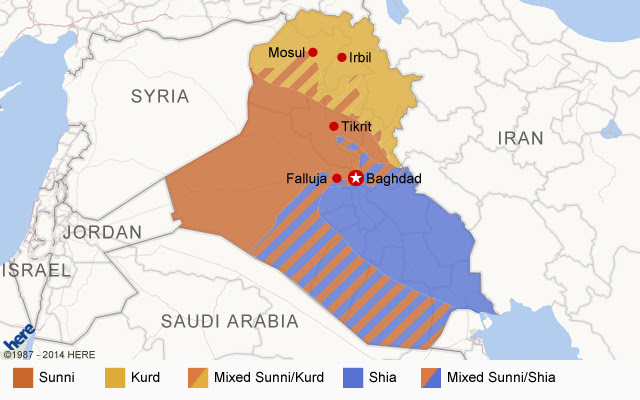 Iraq is a country deeply split along sectarian lines. There are three major sects: Shiite Muslims, Sunni Muslims and Kurds. Iraq's prime minister, Nuri al-Maliki, is a Shiite Muslim. Sunni Muslims -- the minority in Iraq -- often find themselves left out. Some experts say that ISIS has found a base among Iraq's Sunni community.

Source: STRATFOR
http://www.cnn.com/2014/06/19/politics/iraq-crisis/
By Chelsea J. Carter, Laura Smith-Spark and Elise Labott, CNN
Baghdad, Iraq (CNN) -- As Islamist militants battle Iraqi security forces for control of towns and cities not far to the north, Baghdad has taken on the tense feel of a city under siege.
There's a heavy police and military presence on the streets of the Iraqi capital and at checkpoints that sometimes appear to pop up overnight.
Nowhere is the sense of fear more palpable than at Baghdad International Airport, where hundreds and hundreds of people wait in long security and check-in lines for one of the few, precious seats available on flights out of Iraq.
After Iraq's second-largest city, Mosul fell last week to the militants -- barely opposed by Iraqi security forces, who abandoned their weapons as they fled -- the southward advance of the Islamic State in Iraq and Syria, or ISIS, has been relentless. 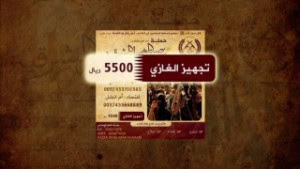