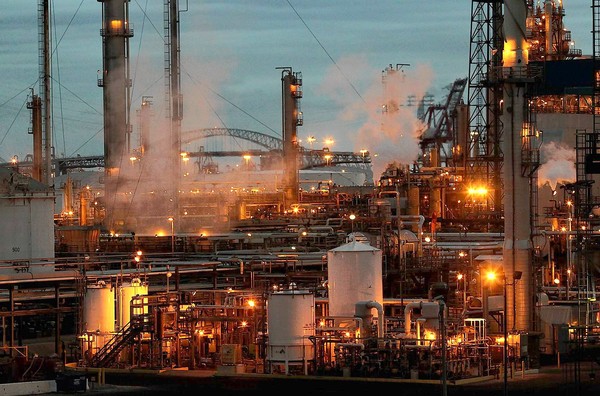 Landry of USW said refiners operating in the United States could benefit from the strong corporate, union and government relationships seen in Europe. But he questions whether those liaisons can be forged anytime soon, given the business climate here.
The Louisiana Bucket Brigade says anyone one seeing, smelling or hearing pollution, can call, text or email that information, along with photos, to the iWitness Pollution Map. You can also sign up for pollution alerts. To learn more, visit here.
Posted by Crude Oil Daily at 11:45 AM