Oil falls below $94 a barrel on demand forecast 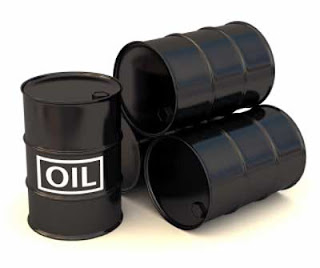 http://finance.yahoo.com/news/oil-falls-below-94-barrel-demand-forecast-171152455--finance.html
NEW YORK (AP) — Oil fell below $94 a barrel Thursday after the International Energy Agency lowered its forecast for global oil demand.
The benchmark oil contract for May delivery was down $1.18 to $93.46 a barrel in afternoon trading on the New York Mercantile Exchange.

"A weak macroeconomic environment is expected to keep demand growth relatively subdued for the remainder of the year," the Paris-based agency said.

Its predictions echoed those made Wednesday by OPEC, comprised of the world's key oil exporters.
Brent crude, which sets the price of crude used by many U.S. refineries to make gasoline, fell $1.40 to $104.38 a barrel on the ICE Futures exchange in London.

Brent has dropped about 11 percent in the past two months ($118.13 on Feb.11) amid Europe's ongoing financial crisis, increased supplies and tepid forecasts for demand. Along with a drop in wholesale gasoline futures, that's contributed to a sharp drop in U.S. pump prices. Gasoline futures fell 4 cents to $2.83 a gallon Thursday, close to a three-month low.

The national average price for a gallon of regular fell a penny to $3.56 a gallon, the lowest price since Feb. 7. Drivers are paying, on average, 22 cents a gallon less than at the end of February, and 36 cents less than a year ago.

In other energy futures trading on the Nymex:

— Heating oil lost 4 cents to $2.90 per gallon.
___
Pamela Sampson in Bangkok and Pablo Gorondi contributed to this report.
Posted by Crude Oil Daily at 3:22 PM