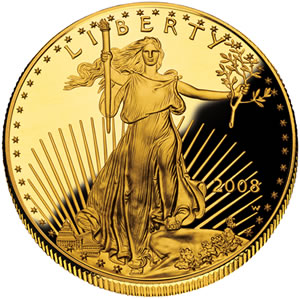 LONDON - Gold headed for its biggest two-day drop in 30 years on Monday as funds accelerated their exits from the market, and investors also cut exposure to oil, copper and grain after underwhelming Chinese growth data.
The precious metal slid further into bear territory, dropping more than $30 in a matter of minutes at one point. Losses widened to more than 6 percent at the lows as prices breached support at $1,400 per ounce after falling 5.3 percent on Friday.
Oil fared scarcely better, dropping by as much as nearly 3 percent. Other precious metals were caught in the downdraft, with silver briefly dropping 10 percent, and industrial metals plummeted, with copper hitting its lowest in over a year. In the grains market, wheat, corn and soybeans fell.
Both oil and gold have been under substantial selling pressure. Bullion has come off worst, shedding around 9.5 percent since last Monday's close, while crude has lost about 3.5 percent.
China's economy grew 7.7 percent in the first quarter, undershooting market expectations for an 8.0 percent expansion and frustrating investor hopes that the world's No. 2 economy would rebound after posting its weakest growth in 13 years in 2012.
"If you want to be worried about China, there's plenty to keep you awake at night," said Sean Corrigan, chief investment strategist at Diapason Commodities Management in Switzerland.
Gold was already under pressure from a variety of factors, including a proposed sale of Cypriot gold holdings, and more fund-based investors headed for the exits on Monday.
Spot gold hit a two-year low at $1,384.69 an ounce.
"We have seen massive liquidation from all quarters - ETFs, funds, CTAs, specs and even Chinese and Indian physical buyers. This is a market that has only got one thing on its mind ... get me out," said David Govett, head of precious metals at Marex Spectron in London.
Brent crude oil sank below $101 a barrel to a nine-month low and was threatening to break below $100 for the first time since early July. It was down about 15 percent from this year's peak of $119.17 reached in early February.
Prior to the latest Chinese and U.S. data, the International Energy Agency, the U.S. Energy Information Administration and the Organization of Petroleum Exporting Countries had already lowered their global oil demand growth for 2013.
China's weaker-than-forecast GDP growth was backed by slower increases in industrial production and fixed-asset investment, despite strong lending growth in March.
"There are questions about the trend of bottoming in China's economy and whether it can re-accelerate above 8 percent this year in a sustainable way," said Vishnu Varathan, market economist at Mizuho Corporate Bank in Singapore.
PANIC
In gold, "what we now see is panic selling, perhaps triggered by the Fed's stimulus view. The Fed has given the signal that there's a possibility to reduce QE (quantitative easing), and that took a lot of trust out of gold," said Dominic Schnider, an analyst at UBS Wealth Management.
"And people recognize that an environment where you have no inflation is a powerful driver to get out of the metal."
Minutes of the U.S. Federal Reserve's March policy meeting released last week showed some officials were keen on ending the stimulative bond-buying program this year, although those views were expressed ahead of last month's poor non-farm payrolls data and Friday's weak retail sales.
London copper fell to its lowest level in 1-1/2 years at $7,085 a metric ton, while aluminum hit a three-and-a-half year low.
China is the world's biggest consumer of copper.
Soft commodities sugar, coffee and cocoa were the only commodities seemingly little affected by the market rout on Monday, with prices particularly for sugar and coffee already at low levels due to large surpluses.
(Additional reporting by Manolo Serapio Jr in Singapore and Eric onstad in London; Editing by Jane Baird)
Posted by Crude Oil Daily at 11:31 AM