$80 million worth of gold flown out; Officials tight-lipped 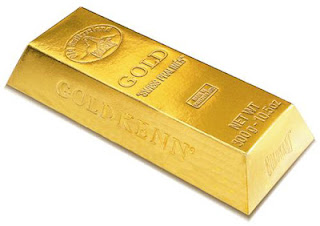 Stunning reports are emerging that Ghana may have dished out 1.5 tons of gold, worth almost $80 million, to the People's Republic of Iran without proper documentation.

On January 2, 2013, Turkish authorities seized the stash of gold in a Turkish Airlines cargo plane bound for Dubai en route to Istanbul's Ataturk Airport in Turkey.

The Turkish authorities claim the gold lacked the necessary papers needed before it could be transported.

It was, however, realised that the information given to the authorities was not entirely true because nobody knew where the cargo originated from or where its destination was, even though the gold onboard the plane bore the Ghanaian seal.

Both Ghanaian authorities and executives of the Turkish Airlines have been tight-lipped about the circumstances surrounding the strange gold haul.

After the seizure in Turkey, Iranian Foreign Minister Dr. Ali Akbar Salehi came to Ghana for a closed-door meeting meet President Mahama on January 8, 2013. The issue of the gold may have been discussed.

Just after that, President Mahama's next official assignment outside Africa was to Turkey, ostensibly to plead for the release of the gold haul on which the government had remained silent.

An earlier enquiry at the Turkish Embassy did not yield further information. In early January, Turkish Ambassador Aydin Nurham could not offer answer but promised that his outfit would investigate the issue.

Reports said that Turkish authorities fined the plane $1,910 upon stopping at Ataturk Airport on grounds of missing documents.

Anatolia News Agency, Turkey’s official news agency, announced that ULS, the cargo owner, would pay $67 for the lack of proper documentation and $1910 for stopping at Ataturk Airport.

The cargo was bound for Iran, where it was to deliver the gold, stopping first at Dubai Airport.

It is believed that US- and EU-backed sanctions against the Iranian banking sector have limited countries’ ability to fulfill their monetary commitments to Iran through bank payments, leading them to barter gold for Iranian oil and gas instead.

The Danquah Institute (DI), a pro-New Patriotic Party (NPP) think tank, believes that there is something fishy about the whole transaction since it was carried out behind the backs of Ghanaians.

"The 1.5 tons of gold, worth some $80 million, is said to be Ghana's financial commitments to Iran" over a transaction whose details are not known to the public.

“This seemingly curious transaction took place over the election period and at the time of the transition. What is also curious is the choice of the President to travel to Turkey around the time of this unspoken crisis and yet this issue has not featured in any official communication about the presidential trip," the DI said in a statement issued on Sunday, January 27, 2012.

"The question which arises, therefore, is that why would an official transaction involving $80 million worth of gold between the government of the Republic of Ghana and the government of the Islamic Republic of Iran lack the proper documentation? If indeed the gold was to settle Ghana's ‘financial commitments"’to Iran, why would it be missing some crucial documentation necessitating its seizure at the Turkish airport?" the DI questioned.

According to DI, no known arrangement between Ghana and Iran require that the country's financial commitments to Iran be paid in gold.

The Danquah Institute wants President Mahama to explain to Ghanaians why the country's gold was used to make payments to Iran and why the plane carrying the gold was seized in Turkey for lack of proper documentation.

The government has so far refused to answer any questions relating to this matter since the plane was seized on January 2, 2013, "and the silence from government on a transaction said to involve some $80million is deafening. We at DI are demanding full disclosure of this transaction from government for the benefit of the people of Ghana and in the interest of good governance," charged the institue.

A known allegation against the Islamic Republic of Iran is that the country evades US sanctions by engaging in a barter-trade system where countries with gold, for instance, purchase crude oil from Iran and pay gold in return. However, it is unclear if Ghana has purchased crude from Iran given that the Tema Oil Refinery (TOR) has not been operational for several months.

According to the DI, from June to November 2012 Iran evaded US sanctions by importing Turkish gold to pay for billions of dollars worth of energy sales to Turkey.

"Ghana has been an oil-producing country since 2011, are Ghanaians aware that we barter with gold with the Islamic Republic of Iran, or any other government for that matter? What is Iran giving Ghana which requires our financial commitments to her be made in gold? Is Ghana's Parliament aware of such a transaction?" the DI asked.
Posted by Crude Oil Daily at 2:39 PM