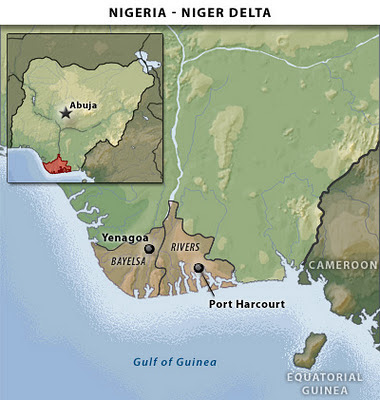 *N1.02bn daily not accounted for

Making the first public account of the utilization of its domestic allocation at the Senate public hearing on the management of the fuel subsidy regime of the Federal Government, the corporation’s officials also disclosed that 20% of the cost of imported fuel represented the component associated with importation.

Nigeria’s brent crude was selling at $97.89 yesterday translating to a daily $6.362 million or N939 million daily that cannot be accounted for.

The Group Managing Director of the NNPC Mr. Austion Oniwon led senior officials of the corporation to the Senate hearing presided over by Senator Magnus Abe, Chairman of the Senate committee on Petroleum, Downstream.

Oniwon while giving the breakdown of the management of its daily crude allocation told the committee that only 170,000 barrels of the daily allocation were refined locally.

He said, “Warri refines 80,000 barrels; Port Harcourt, 90,000 barrels, while Kaduna refinery is shut down due to the problems with the pipelines.”

He also told the committee that the NNPC swapped 60,000 barrels per day of its daily allocation for refined products to a United Kingdom based company called Trafigura, while another 90,000 barrels per day was allocated in another round of swapping to Duke Oil, a subsidiary of NNPC.

On the retail price of crude, he told the committee that the corporation before 2003 was buying crude oil locally at a reduced price, paying between $9.50 and $22 per barrel between 1999 and 2003, but a change of policy has led the NNPC to be buying crude at international oil market price.

Subsidy has been abused — Oniwon

Mr. Oniwon also revealed to the committee that subsidy has been abused at all levels saying, “Whether at the crude level or at the product level, subsidy was subject to abuse, phasing it out completely was the way forward.”

Also making presentation to the committee, the Executive Secretary of the Petroleum Products Pricing Regulatory Agency, PPPRA Mr. Reginald Elijah, declined responsibility for providing security at the tank farms where imported products were stored even after paying subsidies on the products.

Mr. Elijah was responding to concern by members of the committee that the products for which subsidies had been paid had been left in the hands of the beneficiaries as he argued that it was not within the purview of the PPPRA to provide security at the tank farms.

On the rationale for the computation of the components of the subsidy, he noted that there were various charges, as well as the actual price of crude in the international market.

According to Elijah, the price of crude accounted for 80 per cent of what becomes the cost of the pump price of PMS, adding that the 20 per cent represented charges ranging from storage, finance, admin, freight and distribution elements.

Chairman of the Committee, Senator Magnus Abe queried the management of subsidy on diesel (automated gas oil, AGO) and kerosene describing it as sham by oil companies.

He said, “I do not understand what talk about deregulation because what we have in this country is for oil companies to come together and connive to import AGO and sell to the public. Clearly what is happening in the market is not deregulation it is price fixing.”
Posted by Crude Oil Daily at 12:27 PM