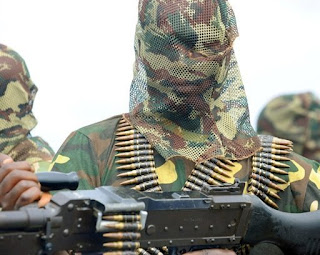 GWAGWALADA, Nigeria — Almost 1,000 militants from Nigeria's oil-rich and restive southern delta are protesting an amnesty deal they say left them out.

The militants gathered near Nigeria's capital of Abuja to call for the removal of the government minister in charge of the amnesty deal. They say they weren't able to register for the amnesty, which is offering cash payouts and retraining for militants.

The protest ended peacefully Wednesday after authorities promised to register them.

Militants have fought against foreign oil majors and government troops since an insurrection began in the delta in 2006. Violence has waned in recent months after the amnesty deal.

Nigeria is one of the top crude oil suppliers to the U.S.
Posted by Crude Oil Daily at 1:27 PM