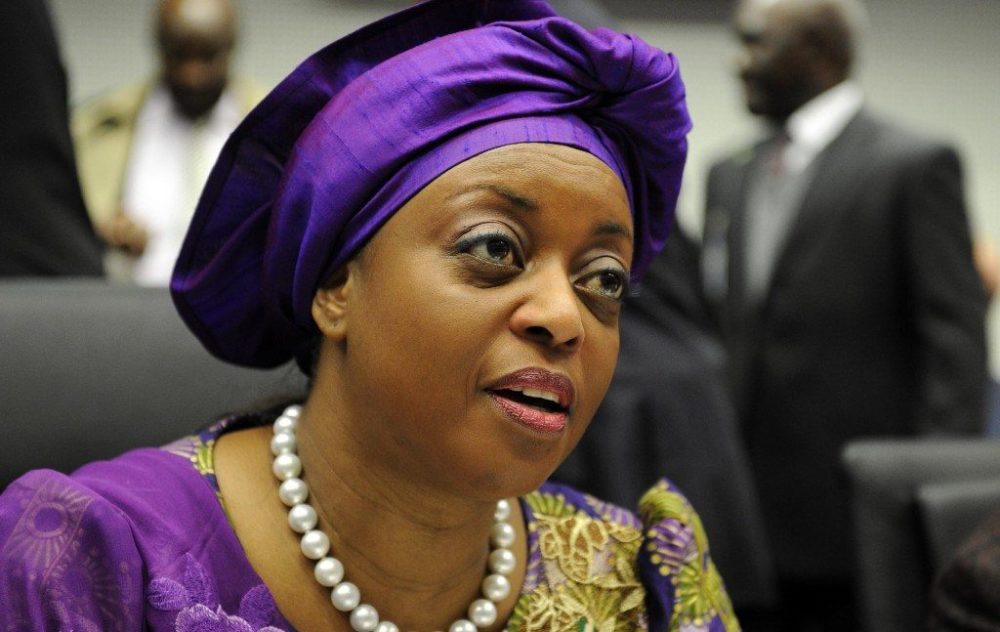 Many Nigerians are interested in the legal tussle over the beleaguered former petroleum minister Diezani Alison-Madueke net worth. But, aside from the atrocities you’ve heard, she’s done, what else do you know about her? As a result, pay attention and read thoroughly.

However, despite the claim that they recently appointed her as Trade and Investment Commissioner in Dominica, a lot of Nigerians still say she must pay for her crimes in Nigeria if found guilty.

The Biography of Diezani Alison-Madueke and Her Net Worth

She is one of the most popular women politicians in Nigeria. And the first female President of The Organization of the Petroleum Exporting Countries (OPEC).

Also, she was the first woman to be appointed as an Executive Director by Shell in Nigeria.

We’d be reading Diezani Alison-Madueke’s biography. And this will cover her date of birth, age, early life, family, husband, career, net worth, etc.

Her full name is Diezani Alison-Madueke. And her date of birth is 6th December 1960. She is 59 years old. She was born in Port Harcourt, Rivers State.

Her father is Chief Frederick Abiye Agama. While the mum is Beatrice Agama. And she is a Nigerian.

After completing her primary and secondary education in Nigeria, she secured admission to study Architecture in England but completed it at Howard University in the United States.

She is a politician, Nigerian entrepreneur, investor, and business magnate. In 2002, after working with Shell for some years, she attended Cambridge Judge Business School for her MBA degree.

Diezani Alison-Madueke has held several significant positions in Nigeria and beyond. In July 2007, she was appointed Transportation Minister. And a year later, she became the Minister of Mines and Steel Development.

When former President Goodluck Jonathan became the acting president in February 2010, he dissolved the cabinet and swore in a new cabinet with Alison-Madueke as Minister for Petroleum Resources.

On 27 November 2014, Alison-Madueke was elected as the first female President of The Organization of the Petroleum Exporting Countries (OPEC).

In June 2020, news broke out that she had secured a foreign country’s citizenship and a political appointment in order to secure immunity from prosecution.

In 1999, Diezani Alison-Madueke got married to Admiral Allison Madueke (retired), He was a one-time Chief of Naval Staff who was at various times governor of Imo and Anambra State.

She wasn’t the first wife of the Admiral, his first wife died in the 1990s.

She is now the mother of six children: one biological son and five stepchildren. The names of the children are Ngozi, Ugonna, Chimezie, Chima, and Donald.

In 2008, there was an unsuccessful attempt to kidnap Alison-Madueke and her son, Chimezie at their Abuja residence.

She revealed that while in office, she had been undergoing treatments for breast cancer in the United Kingdom.

On 2 December 2015, Sanusi Lamido Sanusi, a former CBN governor, made a comment during a PBS interview revealing that Diezani Alison-Madueke has been charged with responsibility for $20 billion missing from the Petroleum agency. She, however, dismissed the allegations.

Thus claiming that the former CBN governor made the allegations to retaliate after she didn’t help him to get appointed as the president of the African Development Bank (AfDB).

In other news, a PBS Newshour segment quoted American and British officials saying that Alison-Madueke might personally have organised a diversion of $6 billion from the Nigerian treasury.

They have also accused her of squandering government funds and awarding multi-billion Naira contracts without recourse to due process.

The Economic and Financial Crimes Commission (EFCC has officially charged her to court) for ‘Money Laundering’. This led to her Abuja home being raided and sealed by the agencies.

The Nigerian government has also seized money and properties worth millions of dollars traced to the former minister.

1. Diezani Alison-Madueke was the first woman to be appointed as an Executive Director by Shell in Nigeria – April 2006.

2. Also, she was the first female Federal Minister of Transportation in Nigeria – July 2007.

3. Additionally, she was the first female Federal Minister of Mines and Steel Development – December 2008.

4. Also, she was the first female Federal Minister for Petroleum Resources – April 2010.

5. Additionally, she was the first woman to serve as the president of the Organization of the Petroleum Exporting Countries (OPEC) – November 2014 to December 2015.

Diezani Alison-Madueke is one of the richest politicians in Nigeria. They have traced stolen funds worth billions of dollars to her since 2015 when she left the office as the Federal Minister for Petroleum Resources.

If all the allegations levelled against her were true, she’d be worth billions of Naira. She also reportedly has over 76 properties in Lagos, Abuja and Port Harcourt, valued at about ₦23 billion.

However, a reliable source has it that net worth is $500 Million.

Now you know more than you thought you knew about Diezani Alison-Madueke. Share this article if you find it helpful.