Massive Refiners Are Turning into Biofuel Plants in the West 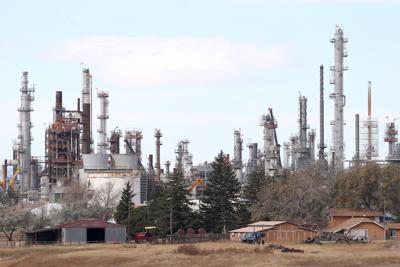 The latest sign of a worldwide energy transition: Massive oil refineries across the western U.S. are being converted into biofuel plants.

Phillips 66 on Wednesday became the latest in a string of U.S. refiners to say it’s converting an oil refinery in California into a biofuel plant as gasoline loses its luster to fuels derived from agricultural and waste products. The company said its 120,000 barrel-a-day Rodeo refinery near San Francisco will become the world’s biggest plant that makes so-called renewable diesel, as well as gasoline and jet fuel, out of used cooking oil, fats, greases and soybean oils.

As refiners across the U.S. struggle with depressed fuel demand and an uncertain future amid the pandemic, California’s fight against global warming is offering a pathway to survival. Demand for so-called renewable diesel is surging in the Golden State where fuel suppliers buy credits from clean energy producers to make up for their emissions as part of a program that’s designed to cut the region’s transportation-related emissions 20% by 2030.

“There is overcapacity on the refining market,” Marijn van der Wal, biofuel adviser at Stratas Advisers in Singapore, said in a phone interview Wednesday. “Are we going to shut down our refineries or are we going to repurpose them?”

“It’s a mind-boggling amount of money,” he said by phone. “You will make a lot of money as long as all these subsidies come in.”

The Rodeo plant is well suited for conversion because of its dock and rail access for receiving the tallows, vegetable oils and used cooking oils that will feed into plant, Nik Weinberg-Lynn, manager of renewable energy projects at Phillips 66, said by phone. The facility has two hydrocrackers that are important to the conversion process as well a plentiful supply of hydrogen. In addition, the plant is located where demand is strongest.

“The California market for the renewable diesel product is certainly the largest in the world,” he said.

Phillips 66 plans to invest $700 million to $800 million in the conversion including constructing pre-treatment facilities, Weinberg-Lynn said. The Rodeo plant could start operating as early as 2024, producing 680 million gallons a year of about 70% renewable diesel, 10% gasoline, and 20% jet fuel, the company said.

The San Francisco refinery has an additional project under way that is expected to start up in the second quarter of 2021 and will produce 120 million gallons a year of renewable diesel. Phillips 66 also announced it would be closing its 45,000 barrel-a-day plant in Santa Maria in 2023. The shutdown comes after years of declining retail gasoline sales in the state, according to Energy Information Administration data.

The surge of new entrants into the California renewable diesel market is creating its own problems, Van der Wal said. So many projects are being proposed that there may not be sufficient diesel demand in California to absorb the additional fuel. Also, existing renewable diesel suppliers to California, including Neste SA and Valero Energy Corp., have locked up much of the feedstock, leaving less tallow and cooking oil for the newcomers.

Phillips 66 hasn’t yet secured all the necessary feedstock for the plant but is confident it can, Weinberg-Lynn said.

“We do firmly believe, while it will be a challenge, that there is enough,” he said.

— With assistance by Jeffrey Bair, and Barbara J Powell