US oil closes above $40 for first time since March 22 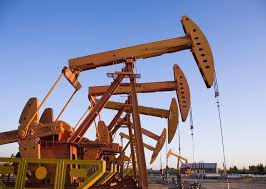 U.S. oil prices rose more than 1 percent Monday as a rally in wider commodities markets encouraged buying ahead of a meeting of oil producers in Doha next Sunday, aimed at freezing current output levels.

The gains build on last week's rally, when crude rose 6 percent in one session on the back of a drop in the rig count of U.S. drillers to its lowest since November 2009.

Why oil could double in 2016
"All commodities are going up. It could be (investors) buying into dips every now and then as people are looking for opportunities to get long," Natixis commodity strategist Abhishek Deshpande said.
Gold prices also touched their highest level in almost three weeks, while silver and platinum were up more than 2 percent.

A weaker U.S. dollar gave impetus to buyers as commodities priced in the currency became cheaper to purchase.

Oil traders continue to place hopes on the oil producers' meeting to prop up crude prices that have been severely depressed by a global supply glut.

But analysts at Goldman Sachs, who expect oil to average $35 a barrel in the second quarter, cautioned that the outcome of the meeting in Qatar could prove bearish for the market.

"A production freeze at recent production levels would not accelerate the rebalancing of the oil market as OPEC (excluding Iran) and Russian production levels have this year remained close to our 2016 average annual forecast of 40.5 million bpd," the analysts said.

Barclays also warned the meeting could have limited impact because some producers who have the potential to raise output are unlikely to get involved in an output freeze.


Oil producer Azerbaijan, whose energy minister will attend the Doha meeting, said on Monday its output had declined 1.6 percent in the first quarter compared with a year earlier to 10.496 million tons

Pisani: Why the markets may decouple from oil
Last week many oil market speculators agreed with a more bearish outlook as data from the InterContinentalExchange (ICE) showed that net long positions on Brent had been cut to 355,225 contracts in the week to April 5.

Bearish sentiment was also further reflected in price expectations. BMO Capital Markets lowered its 2016 Brent and WTI price forecasts to $41 and $38 a barrel respectively, down from the $45 and $41.50 previously estimated.

However, analysts are forecasting firmer demand for oil over the longer term.

Researchers at Bernstein expect global oil demand to increase at a mean annual rate of 1.4 percent between 2016 and 2020, compared with annual growth of 1.1 percent over the past decade.

"We expect oil markets to rebalance by the end of 2016. This will allow prices to recover toward the marginal cost of $60 per barrel," Bernstein said, adding that it expects global demand to reach 101.1 million bpd by 2020, from the current 94.6 million bpd.
Posted by Crude Oil Daily at 2:58 PM