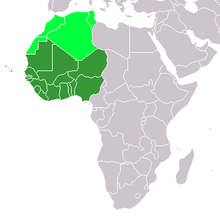 
* Nigeria's Erha programme surfaced after weeks of delays that traders said related to a disagreement between state oil firm NNPC and the field operator.

* Differentials for Nigerian crude were weak despite a force majeure on Forcados.

* Nigerian crude in ample supply even after delays to the loading of Forcados.
ANGOLA

* Sonangol only had an end-month Dalia for sale having already sold five spot cargoes including Sangos, Gimboa, Palanca and Dalia.

* Asian buyers snapped up spot cargoes but traders said U.S. firm Phillips66 had also taken at least two April cargoes, including a Plutonio and a Hungo.


* Total sold a spot cargo of Pazflor to Asia though the buyer was not immediately clear.

* Offers for other April loading cargoes were firming with Sonangol offering Dalia at dated Brent minus $3.20.

* Programmes for Erha were issued after several weeks of delay. Four cargoes will loading in March and three in April, the programmes showed.

* NNPC also issued its official selling price for Erha in March at 9 cents above dated Brent, up from a 17 cent discount in February.

* About 15 March-loading Nigerian crude cargoes are still available, traders said, and a force majeure on Forcados exports was doing little to boost differentials for most grades.

* Bonny Light for April loading was offered at dated Brent plus $1.50 per barrel and Bonga at a $1 premium.

* Nigeria's NNPC is in discussions over long-term agreements to exchange crude oil for imported oil products, but fresh deals are unlikely to be finalised this week. The delays have put the country at risk of gasoline shortages.

* Traders said India's HPCL had taken a cargo of Nigerian crude, likely Qua Iboe, from Exxon. This was not confirmed.

* HPCL has several other tenders pending, including one to swap Nigerian crude of its own for different grades.

* The results of a tender from Taiwan's CPC to buy West African oil were not immediately clear. (Reporting by Libby George; editing by David Clarke)
Posted by Crude Oil Daily at 3:05 PM