Is the oil price fall more than just a coincidence? 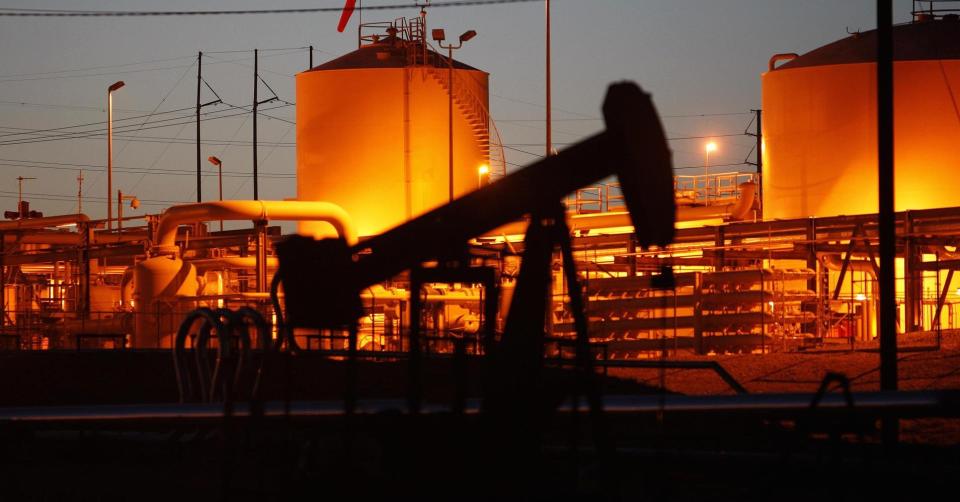 The recent drop in oil prices could be due to more than just lower demand, according to some analysts, who have suggested that the U.S. could be deliberately manipulating the market to hurt Russia at a time of geopolitical stress.

Patrick Legland, the global head of research at Societe Generale, conceded that he had no in depth knowledge of the situation but claimed that it was an "interesting coincidence" that the two events were happening at the same time.

"Is it lower demand or is it the U.S. clearly maneuvering?," he told CNBC Monday.

"I'm not so sure that it is lower demand, it might be some sort of tactical move....I don't know, but as someone from markets I'm always surprised by these kind of coincidences."

Brent crude (Intercontinental Exchange Europe: @LCO14X-GB) futures edged higher on Monday morning to trade at $86.48 per barrel. The commodity has been trading near its lowest since 2010 and has seen a 25 percent dip since June with concerns of an oversupply and a lack of demand in key global markets. The U.S. has stepped up its efforts towards self-sufficiency with its shale gas industry booming over the last decade, and has become a competitor for major oil-exporting countries such as Saudi Arabia and Russia.

Read More Brent holds on to gains above $86, helped by US consumer sentiment
Russia sanctions

Meanwhile, economists have warned of mediocre global growth in the years ahead and there are also fears of deflation in places like the euro zone. Looking at his own research, Legland claimed that there was indeed a slowdown in the global economy but maintained that it wasn't to the extent at which oil prices have currently fallen.

The U.S. would obviously deny any acquisitions of manipulation and there is no evidence to suggest that this is the case. "It's very hard to prove," Timothy Ash, head of emerging markets research at Standard Bank told CNBC via email.

"I have heard such suggestions before. It is clearly useful for the West, as it adds pressure on Russia," he added.

Russia has felt the pain of tough economic sanctions from the European Union and the U.S. since the annexation of Crimea back in March. It has been blamed for supporting pro-Russian separatists who have been in conflict with Ukrainian government troops on its eastern borders. Russia's economy is heavily reliant on oil production and its growth forecasts have been hit by the geopolitical tensions.
Read More Gloves off over oil: Saudi Arabia versus shale

The International Monetary Fund halved its growth forecast for Russia for 2015 in early October and Moody's ratings agency downgraded the country's sovereign debt rating on Sunday, citing the ongoing pressures of low oil prices and its restricted access to international capital markets.

Yoel Sano, the head of political risk at macroeconomic research group Business Monitor International, responded to Legland's suggestion, saying that it was difficult to say if there was a conspiratorial angle to the price fall.

"Clearly one of the reasons why oil prices are down is we've got a huge supply from the U.S. now. So I don't know if the U.S. is deliberately trying to sort of manipulate prices but clearly it has a sort of interest in having lower oil prices, especially to use for Russian bargaining power," he told CNBC Monday.

Jim Rickards, the senior managing director at Tangent Capital finds it "plausible," although he also concedes that he has no evidence.

"The earlier U.S. sanctions on Russia were fairly tame and Europe showed almost no willingness to go along. However, engineering an oil price decline is something that hits (Russian President) Putin where it hurts without hurting Europe in the process because Europe actually benefits from lower oil prices," he told CNBC via email.

"If this escalates much further, Putin may need to use his two most powerful weapons: shutting off natural gas to Europe and shutting down the New York Stock Exchange with cyber warfare...either will be disastrous for the global economy. So, we may see much worse to come."

Whilst some may think this idea might have legs., others think this is pure rumor. Jason Schenker, the president of commodity and financial market research firm Prestige Economics, attended an oil convention in Texas last week and told CNBC of "broadly circulated rumors" regarding the drop in oil.

"This is horrible," he said. "I know a lot of sophisticated people but the rumors that were flying around...I heard several different theories."
Posted by Crude Oil Daily at 11:25 AM