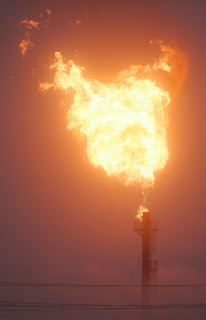 Expected emotional outbursts have greeted the submission of the Petroleum Industry Bill to the National Assembly. Some oil companies which had bought into the proposed oil industry reforms two years ago are now threatening to sue the federal government over some provisions of the Bill. The oil companies are concerned that the bill will reduce their profit and make the regulatory environment tighter. The new bill seeks to provide separate regulators for the upstream, midstream and downstream sectors.

It replaces the Joint Venture (JV) agreements between the Nigerian National Petroleum Corporation (NNPC) and the oil producing companies with Incorporated Joint Ventures (IJVs) which are designed as corporate entities capable of raising loans commercially and repaying them from income generated. Therefore problems associated with NNPC's inability to meet up with its cash-call obligations will be a thing of the past. One area that really riles the oil companies is the introduction of higher royalties and increased government share of the takings. A 20 per cent royalty currently applies to onshore operations and 18.5 per cent for prospects in swamp/shallow waters (1-100 metres). The rates are graduated depending on water depth. But the new PIB introduces a progressive royalty linked to production rate and oil price.

The tax regime governing oil exploration has also been changed under the new law but the 10 per cent withholding tax on dividends and education tax of 2 per cent on revenue existing under the current fiscal regime is retained. An objective assessment of the new law shows that government would be raking in an average of 73 per cent to 82 per cent under PIB.

The existing arrangement is more advantageous to the oil companies. However the business environment in Nigeria still compares favorably with countries of similar geological features. In the United Arab Emirates for example, government's share is about 94 per cent on the average; in Libya it is about 93 per cent. While we recommend that the National Assembly demonstrate unalloyed patriotism in considering the PIB, we urge them to also take another look at the provisions in the bill that would virtually make a Czar of the petroleum minister. Also, since the bill creates a petroleum host communities fund with 10 per cent of oil revenue accruing to the fund, what becomes of the Niger Delta Development Commission (NDDC)?

The PIB also provides that if any installation is damaged in the land belonging to one of the host communities, that the host community will forfeit its share in the host community fund. Who determines if a pipeline mishap is a case of force majeure? Amazingly, there is nothing definitive in the PIB to stop gas flaring which has been going on since 1956. That is a major omission which the National Assembly must redress before passing the bill into law. The Nigerian government must be firmly on the side of its people.
Posted by Crude Oil Daily at 10:11 AM