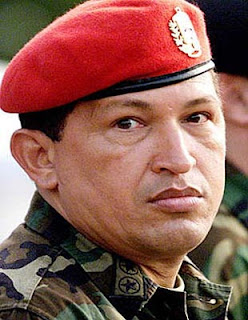 Venezuela's energy minister said Tuesday that OPEC shouldn't intervene to lower oil prices, which he said will come down only if military actions such as NATO airstrikes in Libya cease.

Ramirez said net earnings declined to about $3.2 billion in 2010 from $4.4 billion a year earlier. The decline came despite higher revenues.

Ramirez said current world oil prices are fair. As for concerns about instability in the oil market, he said: "Well, stop the bombings against Libya, stop the aggression against Iran."

"The industrialized countries, the most aggressive ones, the United States, incite destabilization" in oil-producing countries, Ramirez said at a news conference.

"It's aggression against OPEC," Ramirez said.

Venezuela is traditionally a price hawk within OPEC.

"Some sectors, big consumer countries, put a great deal of pressure on our countries," Ramirez said. "They would like us to have production above what the market requires."

Despite long-standing tensions between Chavez and the U.S. government, the United States remains the top buyer of Venezuelan oil.
Posted by Crude Oil Daily at 11:34 AM