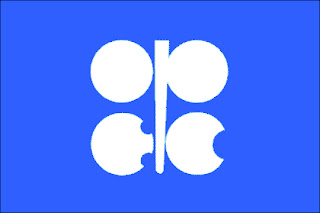 Voser told Reuters Insider Television that he was sure energy prices would rise "over the next decades" and that oil was now being bolstered by several factors:

"It is reflecting obviously today expectations that demand will still go up and supply will be in a catch up mode.

"It also reflects that OPEC spare capacity is now below 2 million barrels (per day), according to the latest numbers, and there are some geopolitical tensions in it," he said in an interview.

Voser said he did not support the release of oil from strategic stocks, announced by the International Energy Agency at the end of June, because it would not bring long-term relief to global oil markets.

"I don't believe in these measures," Voser said. "These are very short-term measures and do not bring any medium and long-term benefits."

He said the oil market instead needed long-term measures such as new sources of oil and called for access to reserves in areas including the United States and the Arctic as well as faster development of oil resources in Iraq.

Such moves would be "much more important than releasing some short-term inventories, because that will really drive a sustained supply to meet demand in the longer term". (Reporting by Dmitry Zhdannikov and Christopher Johnson; editing by Jason Neely)
Posted by Crude Oil Daily at 11:36 AM