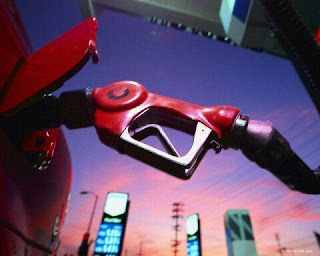 The price of a barrel of crude oil plunged this week, but those decreases have not yet led to relief at the gas pump, AAA Mid-Atlantic says.

The average price for a gallon of gas in Washington, D.C. Actually went up by a penny to $4.13/gallon this past week. That's 16 cents above the national average of $3.97.

In the greater D.C. metro area, prices hit the $4/gallon mark as well.

However, the drop in crude prices is what has markets buzzing this week. Weak economic data from Europe and the gaining strength of the U.S. Dollar, coupled with concerns over American demand, sent oil prices down 15 percent this week.

But AAA officials warn drivers that drops in gas prices are not always commensurate with drops in crude oil prices.

"For as quickly as gas prices respond to increases in crude oil prices, they typically don't respond to declines at the same speed," AAA Mid-Atlantic spokesman John Townsend says. "But this year has been anything but typical."