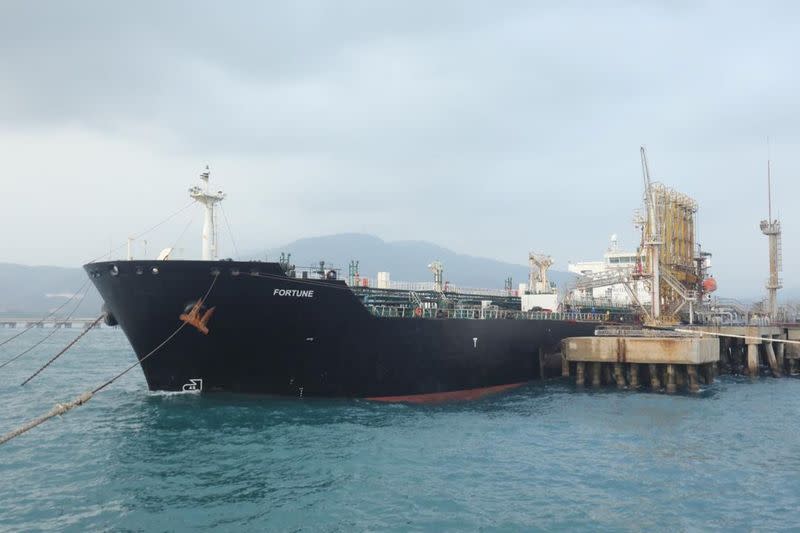 Iran sent a flotilla of five tankers of fuel to gasoline-starved ally Venezuela in May, and Tehran has said it will continue the shipments if Caracas requests more, despite Washington's criticism of the trade between the two nations, which are both under U.S. sanctions.

"According to reports received by Noor News, after increasing military threats against Iranian vessels headed for Venezuela, an order was issued to Iran's armed forces to identify and track several U.S. merchant vessels in the Persian Gulf and the Gulf of Oman," Noor News said on its website.

"Options for reciprocal action were immediately identified and monitored for possible operations," the agency added.

Iran complained to the United Nations last month and summoned the Swiss ambassador in Tehran, who represents U.S. interests in the Islamic Republic, over possible measures Washington could take against the Iranian tankers.

The United States, which did not hinder Iran's tanker cargoes, is considering imposing sanctions on dozens of additional foreign oil tankers for trading with Venezuela, a U.S. official told Reuters earlier this month.

Iran seized a British-flagged tanker in the Gulf last yearafter British forces detained an Iranian tanker off theterritory of Gibraltar. Both vessels were released after amonths-long standoff.

In an alert that appeared aimed squarely at Iran, the U.S. Navy issued a warning last month to mariners in the Gulf to stay 100 meters (yards) away from U.S. warships or risk being "interpreted as a threat and subject to lawful defensive measures".

Tension between Washington and Tehran has escalated since 2018, when U.S. President Donald Trump withdrew from Iran's 2015 nuclear deal with six world powers and reimposed crippling sanctions targeting particularly its vital oil industry.
Posted by Crude Oil Daily at 10:58 AM