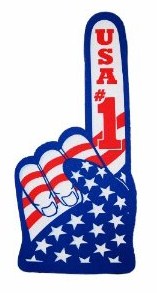 November 23, 2018 [Oil Review Middle East] – US is expected to spend US$521.4bn capital expenditure (capex) on 484 oil and gas projects by 2025, according to data and analytics company GlobalData.

A total capital expenditure (capex) of US$3.6 trillion is expected to be spent globally across oil and gas value chain on planned and announced projects during 2018 to 2025, the company added.

The company’s report: ‘Q3 Global Oil and Gas Capital Expenditure Outlook – Gazprom Leads New-Build Capex Outlook Among Companies has revealed that, globally, the US, Russia, and Canada are the top countries to lead the new-build capex outlook.

In the upstream sector, Russia is expected to lead among countries with capex of US$77.5bn to be spent on 54 planned and announced fields globally. Brazil and the US follow, each with almost the same capex of US$70bn.

GlobalData’s report found that the US is expected to lead in the pipelines segment with capex of US$123.6bn to bring 165 planned and announced projects online by 2025.