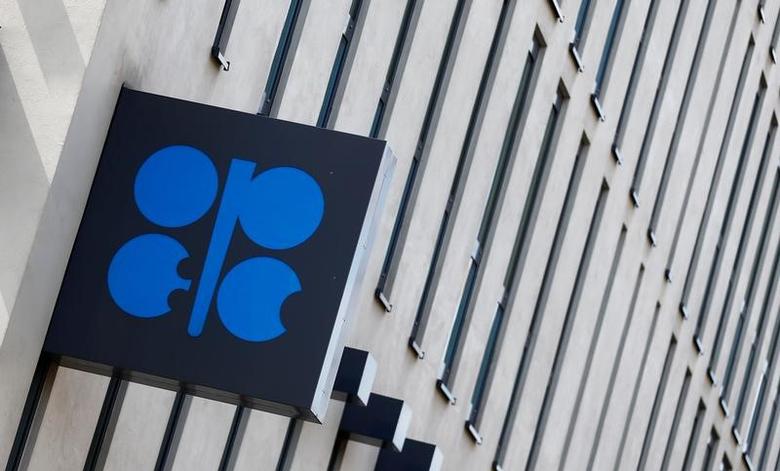 
OPEC oil output rose in May, the first monthly increase this year, a Reuters survey found on Wednesday, as higher supply from two OPEC states exempt from a production-cutting deal, Nigeria and Libya, offset improved compliance with the accord by others.

A drop in output in Angola and Iraq and continued high compliance from Gulf producers Saudi Arabia and Kuwait helped lift OPEC's adherence with the supply cut deal to 95 percent from 90 percent in April, according to Reuters surveys.

The Organization of the Petroleum Exporting Countries pledged to reduce output by about 1.2 million barrels per day (bpd) for six months from Jan. 1 as part of a deal with Russia and other non-members.

Oil prices LCOc1 has gained some ground but an inventory glut and rising supply by outside producers has kept prices below the $60 a barrel that Saudi Arabia wants. A sustained output rise from Libya and Nigeria poses further challenges.

To provide additional support for prices, the producers decided at a meeting last week to prolong the deal until March 2018. They discussed whether to include Nigeria in the output cap but decided against for now, OPEC delegates said.

Nigeria and Libya were exempted because their output has been curbed by conflict. However, supplies from both nations staged a partial recovery in May, lifting overall OPEC output by 250,000 bpd to 32.22 million bpd.

The biggest increase came from Nigeria, where the Forcados production stream began loading cargoes for export. The Forcados pipeline had been mostly shut since it was bombed by militants in February 2016.

In Libya, the state oil firm said output had reached 827,000 bpd on Wednesday, around levels last seen in 2014. But production is still half the 1.60 million bpd Libya pumped before the 2011 civil war.

While the exempt nations pumped more, those bound by output targets boosted compliance. Adherence by OPEC with the deal has been higher than in the past, reaching a record according to the International Energy Agency and other analysts.

Angolan supply showed the largest decline due to fewer scheduled exports after a jump in April. Iraq exported slightly less crude from its southern terminals, the survey found.

Saudi Arabia pumped more although its compliance was the second-highest in OPEC. Even with May's increase, the total curb achieved by OPEC's top producer Saudi Arabia is 564,000 bpd, well above the target cut of 486,000 bpd.

Output in Iran and the United Arab Emirates was steady. Iran was allowed a small increase in the OPEC agreement and, having sold the oil it had held in floating storage, appears to have reached a short-term peak.

The UAE, with lower compliance than other Gulf producers, has said suggestions that it is failing to comply fully can be explained by the gap between its own figures and those estimated by the secondary sources that OPEC uses to track compliance.

OPEC announced a production target of 32.50 million bpd at its Nov. 30 meeting, which was based on low figures for Libya and Nigeria and included Indonesia, which has since left.

No new target was announced last week to reflect this change or the addition of Equatorial Guinea, which OPEC said on May 25 joined the group with "immediate effect." The country will be added to the Reuters survey from June.

The Libyan and Nigerian increases mean OPEC output in May averaged 32.22 million bpd, about 470,000 bpd above its supply target, adjusted to remove Indonesia and not including Equatorial Guinea.

The Reuters survey is based on shipping data provided by external sources, Thomson Reuters flows data, and information provided by sources at oil companies, OPEC and consulting firms.
(Editing by Edmund Blair)
Posted by Crude Oil Daily at 12:09 PM