Russia's energy minister: No discussions about coordination with OPEC on oil output 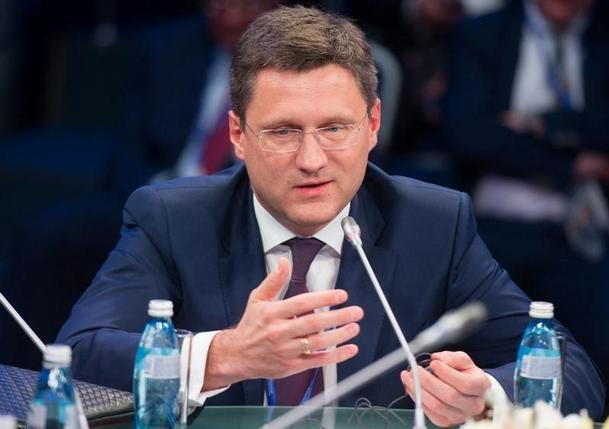 Russian Energy Minister Alexander Novak said in an interview there were no discussions about possible coordination with OPEC on oil output after a failed attempt to jointly maintain production levels earlier this year.

"We do not discuss the issues of coordination of actions between Russia and OPEC... We can't agree on production cuts as we don't have such tools and mechanisms," Novak told Reuters in interview cleared for publication on Wednesday.

The Organisation of the Petroleum Exporting Countries and other big oil producers, including Russia, were not able to reach a deal in Doha in April on freezing oil production in order to support falling oil prices.

Global crude oil prices reached a 13-year low of $27 per barrel in January due to oversupply, but have recovered since then to around $50.

In the interview with Reuters, Novak said Russia sees its cooperation with OPEC focussing on the exchange of information and analysis on the global oil market, rather than on coordinating production.

Russian companies have been increasing oil production this year. Novak said he expects domestic oil output at 542-544 million tonnes this year after it hit 534 million tonnes (10.73 million barrels per day), a 30-year high, in 2015.
SAUDI-RUSSIA MEETING

Novak said he will likely meet new Saudi energy minister Khalid al-Falih at a conference in Algeria at the end of September. It will be their first meeting since Falih was appointed in May, taking over from veteran minister Ali al-Naimi.

"Obviously, we will discuss the situation on the (global) oil market," he said, adding that they will also look into the possibility of joint energy projects in Russia, Saudi Arabia and third countries.

Last week, Falih said that the oil industry needs a price above $50 per barrel to sustain investments, adding that downward pressure on prices would prevail because of a huge stocks overhang.

Novak said Russia is sticking to its forecast that the oil price will average between $40 and $50 this year. He said though there are risks that it could be lower due to seasonal decline in demand.

Trading houses across the globe are betting on oil markets remaining oversupplied for at least two more years even as crude prices stage a recovery driven by early signs of falling production.

The Russian minister said he expected global oil markets would balance out by mid- or end-2017, with a lot depending on Saudi Arabia's policy. He said he saw demand rising by at least 0.8-1 percent per year, or by 0.7-1.0 million barrels per day.

Novak added that global oil stockpiles have reached 3 billion barrels, of which 500 million barrels he called "excessive" and warned that it will take a long time before they leave the market.

"In general, this is almost 1.5 million bpd, meaning that if nothing in addition will be produced (globally) and output is maintained at current levels, this overhang will still cover for the annual increase in demand," Novak said.

(This version clarifies in headline and paragraph 1 that there are no discussions about output coordination now, the minister did not say it will never happen in the future)