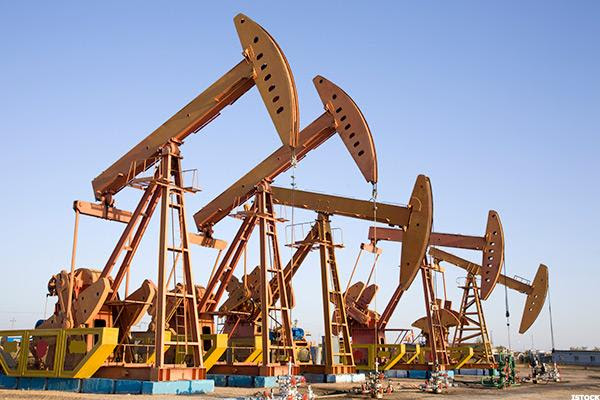 The price of the commodity is rising today on hopes that a deal between major exporters to reduce output could ease the global glut, Reuters reports.


This week, Russia said it could work with OPEC members on lowering production, which it has declined to do for 15 years.

"If OPEC proposes to Russia production limits that do not undermine Russia's long-term objectives, and key Russian producers back the deal, Russia may indeed agree to production limits," analysts from ESAI Energy said, according to Reuters.

Anadarko Petroleum is an independent exploration and production company headquartered in The Woodlands, TX.

Separately, TheStreet Ratings Team has a "sell" rating with a score of D on the stock.

This is driven by multiple weaknesses, which should have a greater impact than any strengths, and could make it more difficult for investors to achieve positive results compared to most of the stocks covered by the team.

Recently, TheStreet Ratings objectively rated this stock according to its "risk-adjusted" total return prospect over a 12-month investment horizon. Not based on the news in any given day, the rating may differ from Jim Cramer's view or that of this articles's author.

You can view the full analysis from the report here: APC
Posted by Crude Oil Daily at 1:24 PM